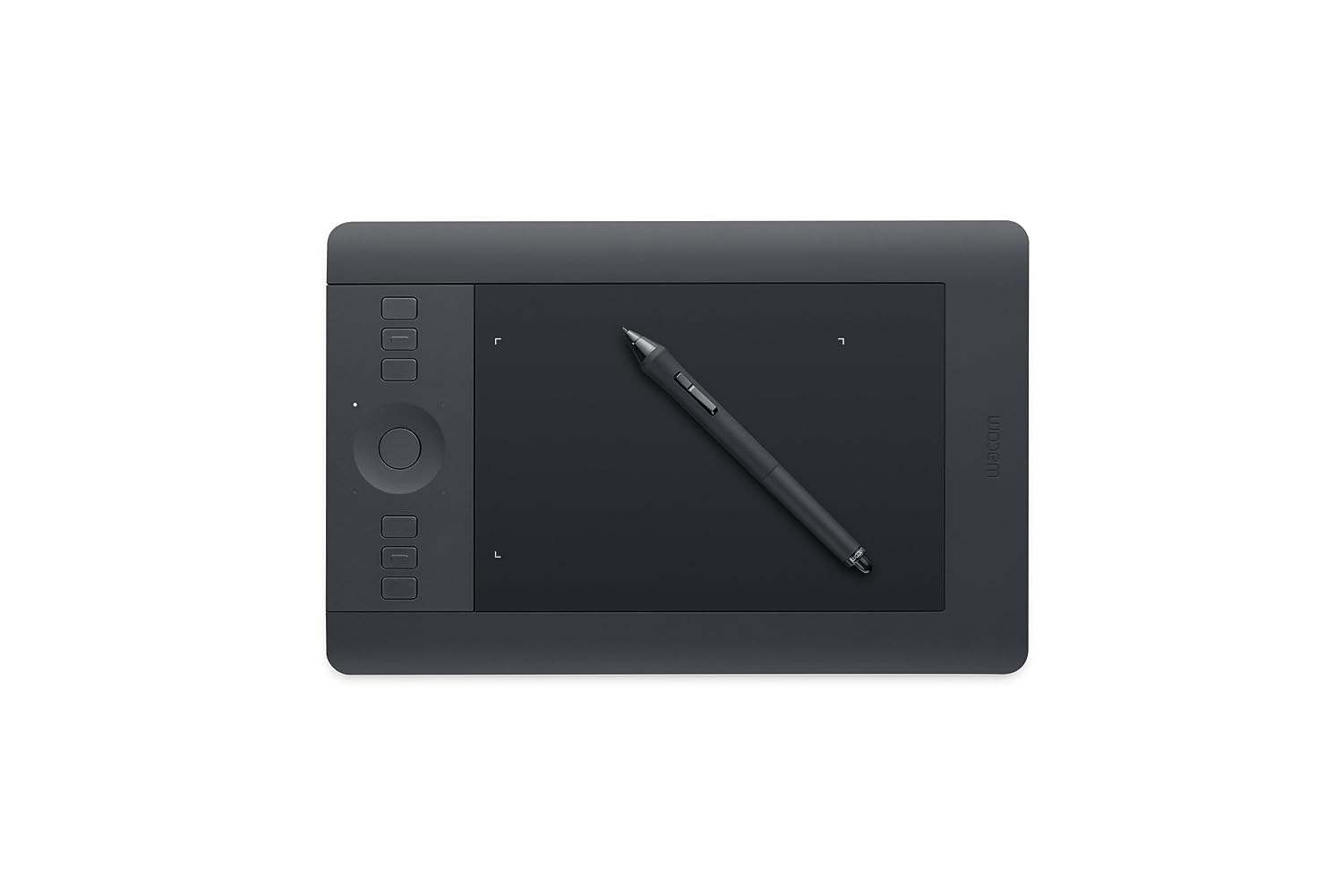 General rules
Never take a small size tablet as it may lead to carpal tunnel/arthritis. Non-Wacom tablets are cheaper and bigger, yet usually have driver issues. If you can’t afford a medium sized Wacom, go off-brand. Wireless is absolutely useless and so are the buttons on the tablet if you’re at your desk, do not factor them in your choice.
Wacom
The default for most people is going to be Wacom because they have a stranglehold on the industry due to their patent on batteryless pens and overall better quality. Their product is universally supported and is the most used within the industry. The biggest detractor to wacom tablets is the fragility of the usb port, so be careful. Also, it’s going to be more expensive than the competitors, tough shit. Website
Wacom Intuos vs Intuos Pro
The main difference between the intuos and intuos pro is the pen it comes with. Not only does the pro pen feel better to hold, has a better stand and better nibs, it can also detect the angle at which you are drawing the line which helps in creating thickness. However, it’s not that accurate in general so some people deactivate the feature.
Touch vs no touch
In general, the touch option is a tad more expensive and nearly everyone ends up deactivating it due to the very poor sensitivity which keeps registering your palm as a hand. Plus, most people have a keyboard anyway. However, If you’re going for a cintiq, get the touch option. It’s better for resale value.
Wireless vs Wired
As it currently stands, unless you have a very good reason to go wireless, do yourself a favor and don’t. It’s an added level of complexity that fixes a problem which you do not have anyway.
Huion
Huion has the best quality ratio tablet, and due to their recent gain in popularity, troubleshooting is easier than ever. website