Was just browsing my local Sears (Carlingwood Ottawa) for some Black Friday deals when I stumbled upon this blender. The Kitchenaid Architect Blender (colour: Cocoa Silver) has a regular price tag of $239, clearance red tag of $99.99. At the cash it rang in at $49.99+tax. I bought the last 2 on the shelf, but I didn't ask if they had any more, so its possible they might.

Kitchenaid has their yearly rebates on right now, and this blender qualifies for a $30 rebate which you can submit online. After you factor in the rebate, the price comes down to $19.99+tax for a $239 blender.

Again...major YMMV since this is an instore clearance. 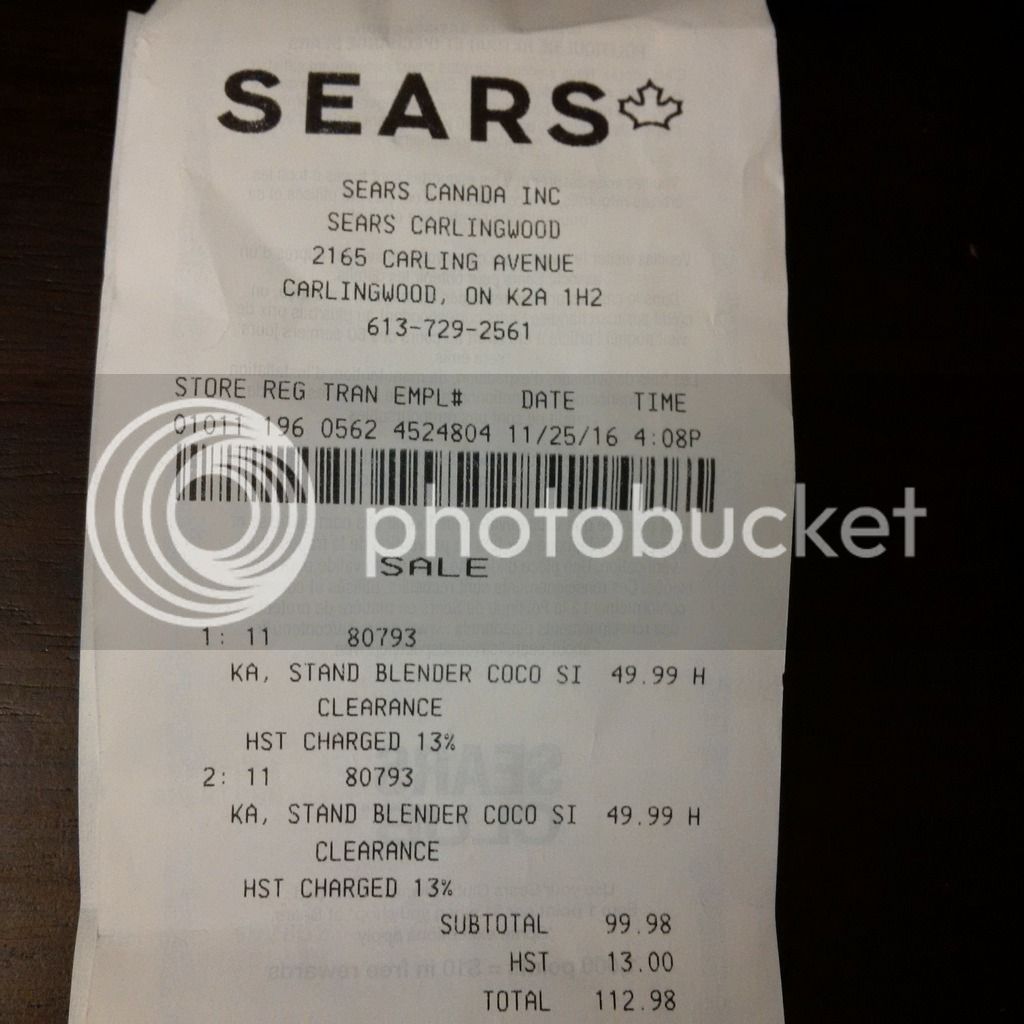 Thanks for the tip, hoarder!

They aren't closing out are they?

Where can you find the list of the qualifying models? The form says you have to go to www.KitchenAid.ca/specialoffers, but it's just lands you back at the square one.
[ HEATWARE ]
Nov 25th, 2016 6:31 pm

xalex0 wrote: ↑
Nov 25th, 2016 6:25 pm
Where can you find the list of the qualifying models? The form says you have to go to www.KitchenAid.ca/specialoffers, but it's just lands you back at the square one.

Yeah... just checked the website myself, its weird that they don't provide you a list of qualifying online before you begin the rebate process. They did previous years.

My local Sears has paper copies of the Kitchenaid rebate information at the cash closest to the kitchen department, so maybe other Sears locations has them as well?

If this helps I took a pic of the paper copy: 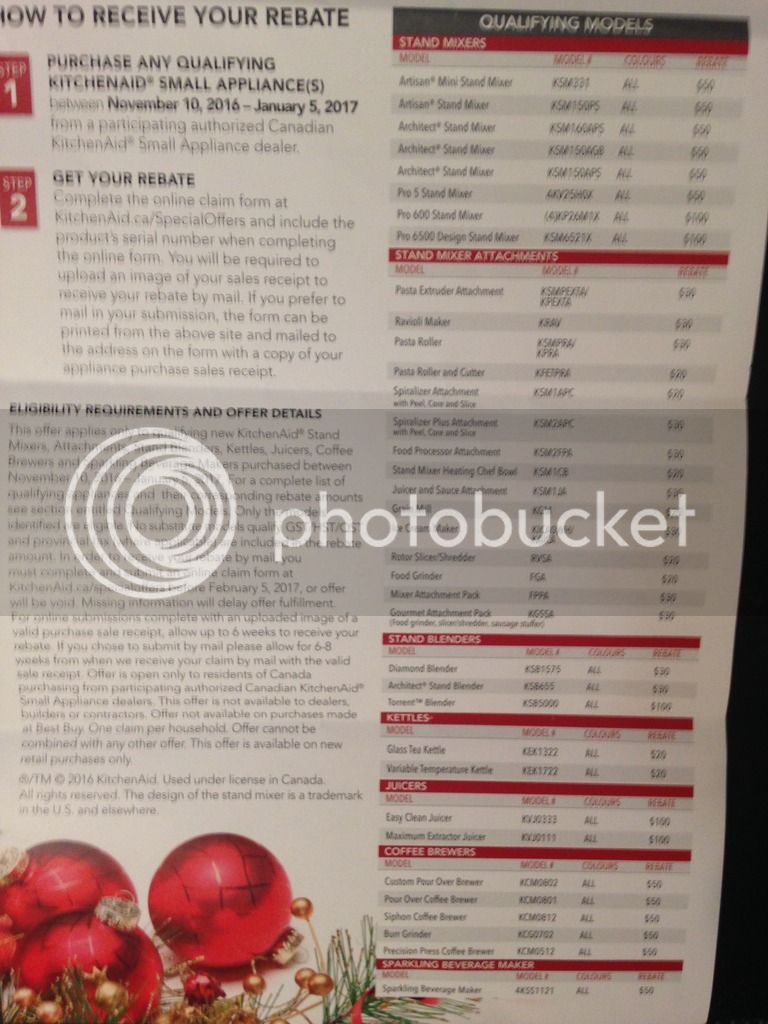 I went to limebridge mall in Hamilton and got it at 49.99+tax.

Just checked and no more in Calgary. Thanks anyways OP for posting this hot deal.