A new Civic is upon us in just over a year from now. Caught testing is the next Type R.
2022 Honda Civic Type R 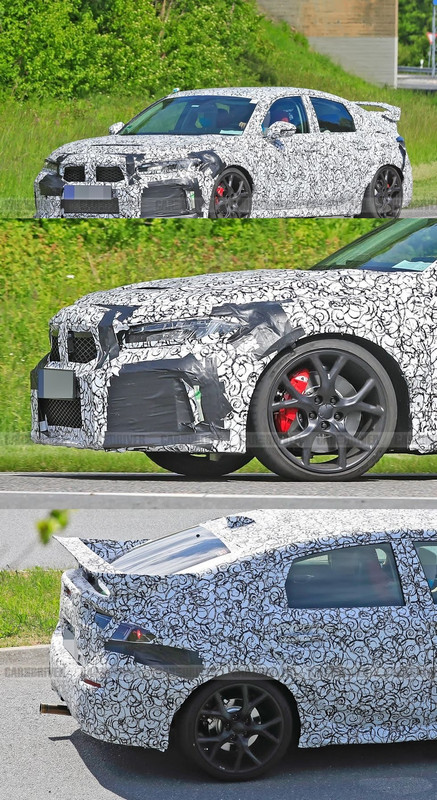 A life spent making mistakes is not only more memorable, but more useful than a life spent doing nothing.
Share:
143 replies
May 23rd, 2020 12:29 pm

Nice BMW! Right down to the shark fin

It looks better planted, more comfortable with its position, and sedan-like.

Watermark over the front mount intercooler. There is a different slot up on the hood as well that is different from the last Type R, which had a scoop that served for aerodynamics and reducing under hood temp. The fake plastic front side vents look to be back, they covered them in duct tape but could still be functional if I'm seeing correctly, at least it might direct air for improved cooling for brakes. Might still have boomerang taillights but toned down and more sleek. Rear window wiper, so it could be a lift back that appears sedan. Sport back. The way they camo'd the front definitely tricks people in to thinking BMW. I think it's a continuous grill like the new KIA Forte, but with the Honda emblem tacked in there. Red emblem for a Type R. It's growing up so fast.

I think the biggest thing here, is we might see an AWD Civic. Haven't see one since the 80's, the AWD Civic "Wago-van" which is about when Toyota had the Tercel AWD wagon, and All-trac Camry. The 2020 Camry now has optional AWD. So I'm intrigued by what I see going on in the rear bumper and what's underneath, and just the way the car is hunkering down. The exhaust looks rather low hanging and "out of the way". I can almost see a rear diff under there with the tow hitch covering, its mainly the rear sub-frame that's exposed down there.

Another shot of the rear, no hitch. 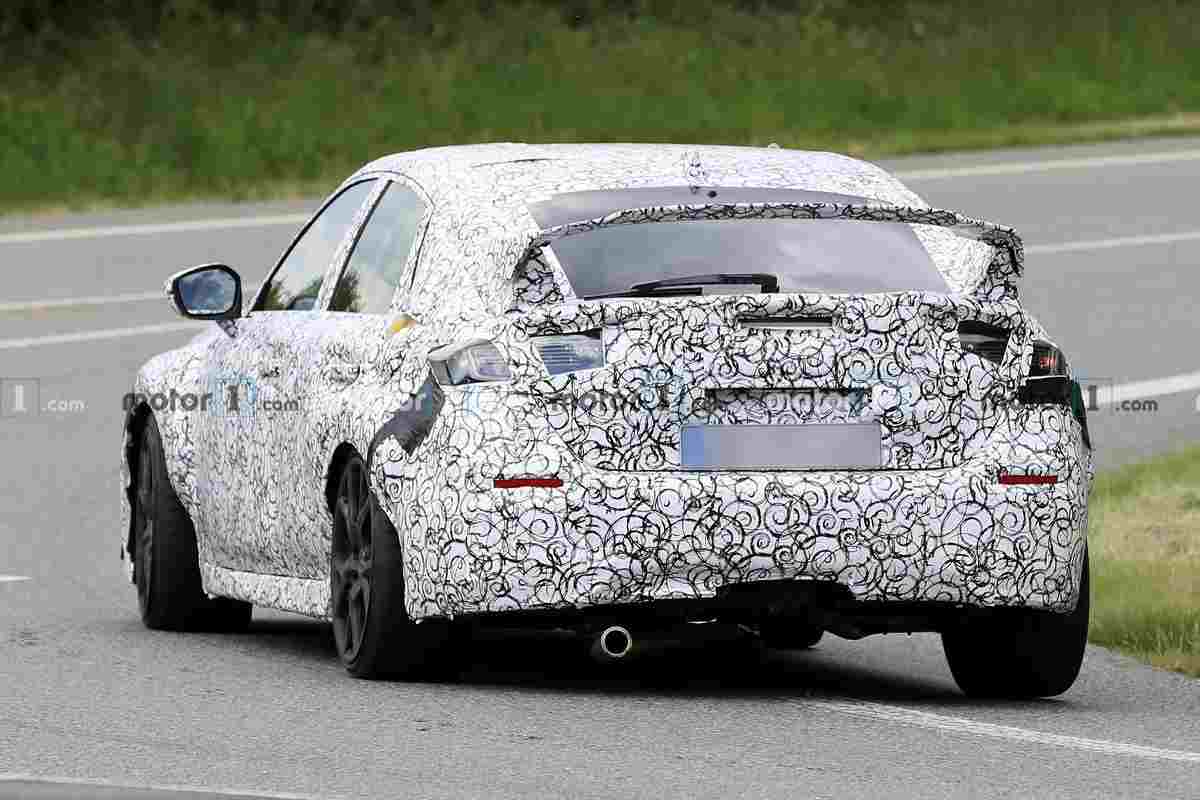 And that exhaust...definitely moved out of the way for ease of testing/fitting something. 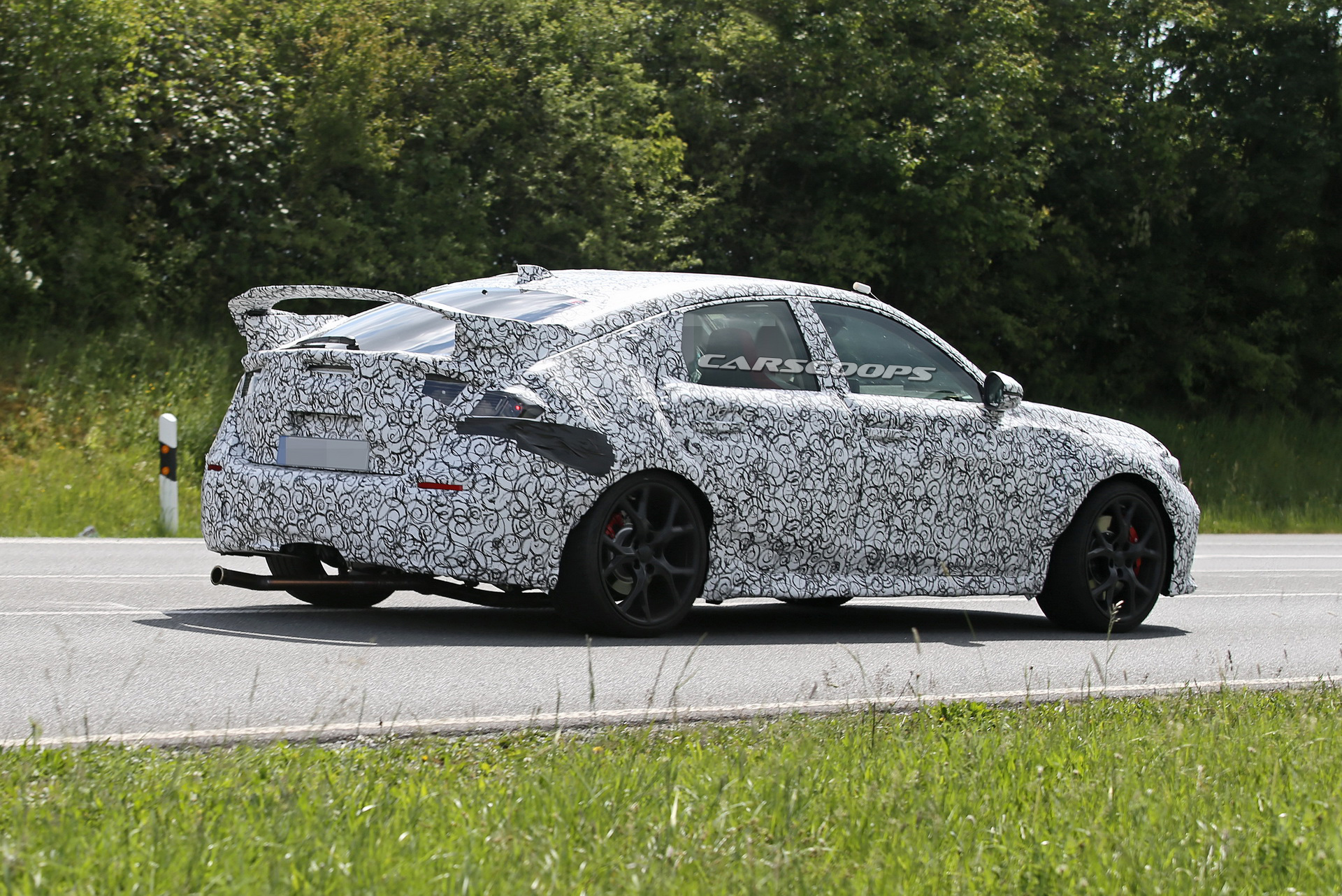 Well hopefully it has 99% less fake ass plastic black “vents” throughout the car.

I'm excited to see to see what this will look like. If it doesn't look as bonkers as the current one, I might actually be disappointed. Honda set the bar so high on overstyling the R that a more sedate one would seem contrary to its mission.

I'm not in the target market for a car like this, but I welcome seeing them on the street amonst the landscape of other boring cars.
<insert sig>
May 23rd, 2020 5:39 pm

The current one screams ricer

Are we getting old

That end pipe / tip, looks like the end on an Spoon N1 exhaust just the tip with no muffler straight pipe. Is that a Honda tease???

Hopefully they've toned down the styling a bit.

It is likely another Acura Type S. The Integra is back!!! There hasn't been any CUV Type S in the past so 2ILX Type S it is.

Acura "turds" (so some say) smoking the competition. Didn't know there was such a thing as a sub-turd until this week lol.

alanbrenton wrote: ↑ TempleofVTEC suggests it might be the ILX. Wasn't the first ILX introduced in 2012?

As long as its a hatchback....

er34er34 wrote: ↑ ILX with a wing like that? If true, I'm looking forward to pointing and laughing when one pulls up next to me at a light.

Last time someone gave me the finger, his girl ending up calling the police.
"I'll put up color bars before I'll put you in front of our cameras."

alanbrenton wrote: ↑ Be careful to let the driver know you are laughing at his car and not his face lol. You never know these days.

If it's AWD + Manual + reasonably priced, then I'd definitely be interested.
Be Balanced. Be Diversified. Stay Invested.

As long as it doesnt have the fake sounds through stereo of the Germans such as BMW will be good lol.

It's one of the most annoying thing about my car, can't turn off the fake sounds