I have too many devices and not enough HDMI ports on my tv. I want to get a hdmi switch (hope that's the right term, lol), such that I can connect everything.

I want to get one that will work with 4K devices like the Xbox one x. Concerned about just buying a random one on Amazon, in case it doesn't actually work properly (don't want a cheap $20 switch preventing me from using my much more expensive 4K equipment to its fullest extent!)

I don’t have any personal recommendations, but I think a lot of people use a home theatre receiver as their ‘switch’. It’s a two birds with one stone approach, as your setup with your most devices is bound to be the one where you have some kind of multichannel audio setup.

Naturally a device that’s just a switch would be cheaper, but if there’s a dearth of high-end switches, the above would be why.
Nov 9th, 2017 12:14 pm

Saw that one. On further inspection, it looks a lot more complicated (and therefore expensive?) than what I need.. 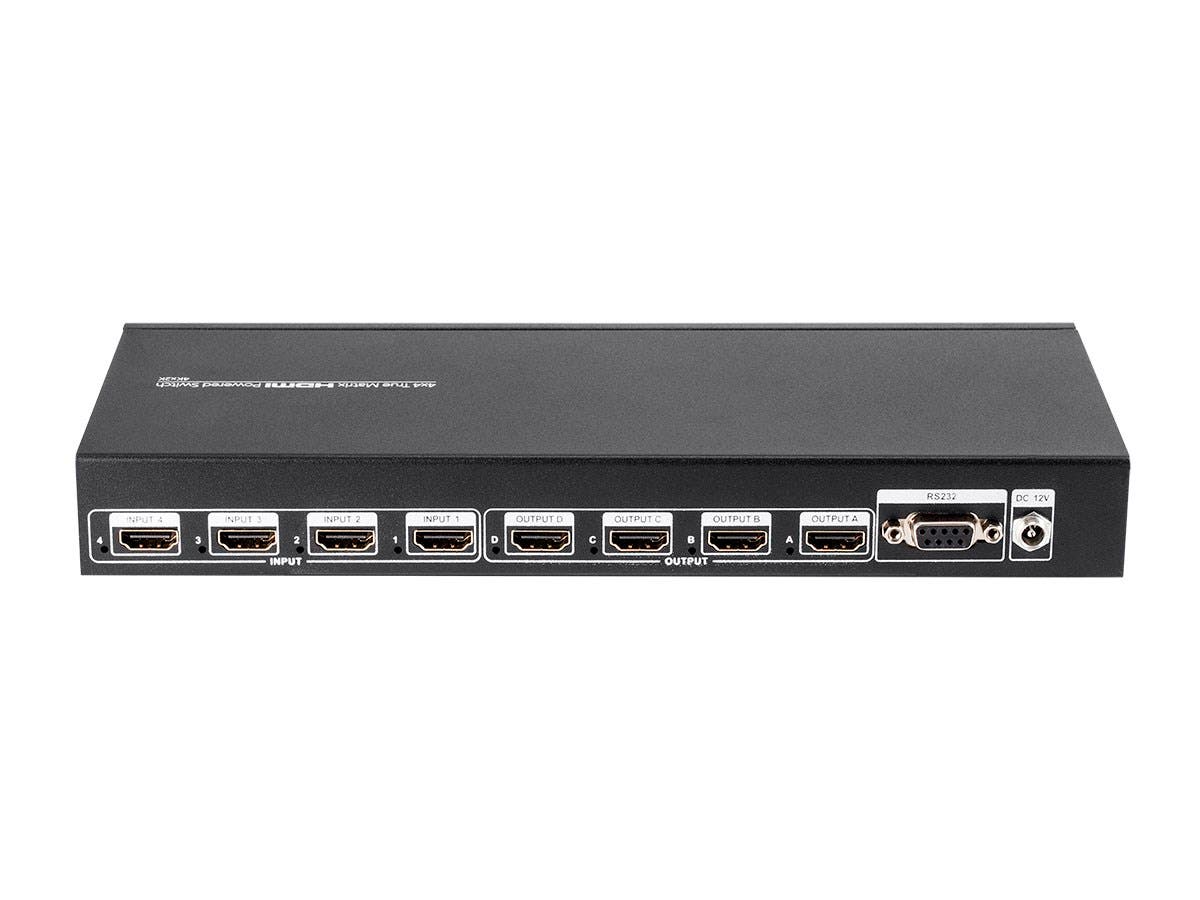 Discusses exactly what you're trying to do from what I can tell. Sounds like you'd be looking for a good quality HDMI switch. Try looking on Amazon, Newegg, NCIX, etc. and read the reviews to get an idea of quality.
Nov 9th, 2017 4:41 pm

OP... I know what you're looking for and if anything Monoprice is probably the cheapest around. You're looking at adding more HDMI's to your already limited HDMI slots on your 4K tv . Unfortunately 4K switches aren't going to be cheap. Like someone suggested, the other route would be getting a A/V receiver... this is even more expensive, but it adds another layer to possible Audio integration... again, it's going to be a lot more money.

The one I suggested from Monoprice was the first 4K option. There are other ones. I understand you don't need multiple outputs. There is actually a 4x2 version of the one I linked... 4 inputs and 2 outputs. You don't have to use the second output. I've used a Monoprice HDMI switch before, but it was like the first iteration of HDMI. Because you're looking for 4K switches, it really narrows down what you can buy.

They're actually not that complicated. But will add on to the ever growing A/V equipment you want to run on your TV. The switches can actually be set via a universal remote.

But in the end, to avoid these things you have to look at TV's with multiple outputs.

Edit: Found one you might want....Here's a cheap 5x1: https://www.monoprice.com/product?p_id=13703
Reply to Thread
Back to top
Top