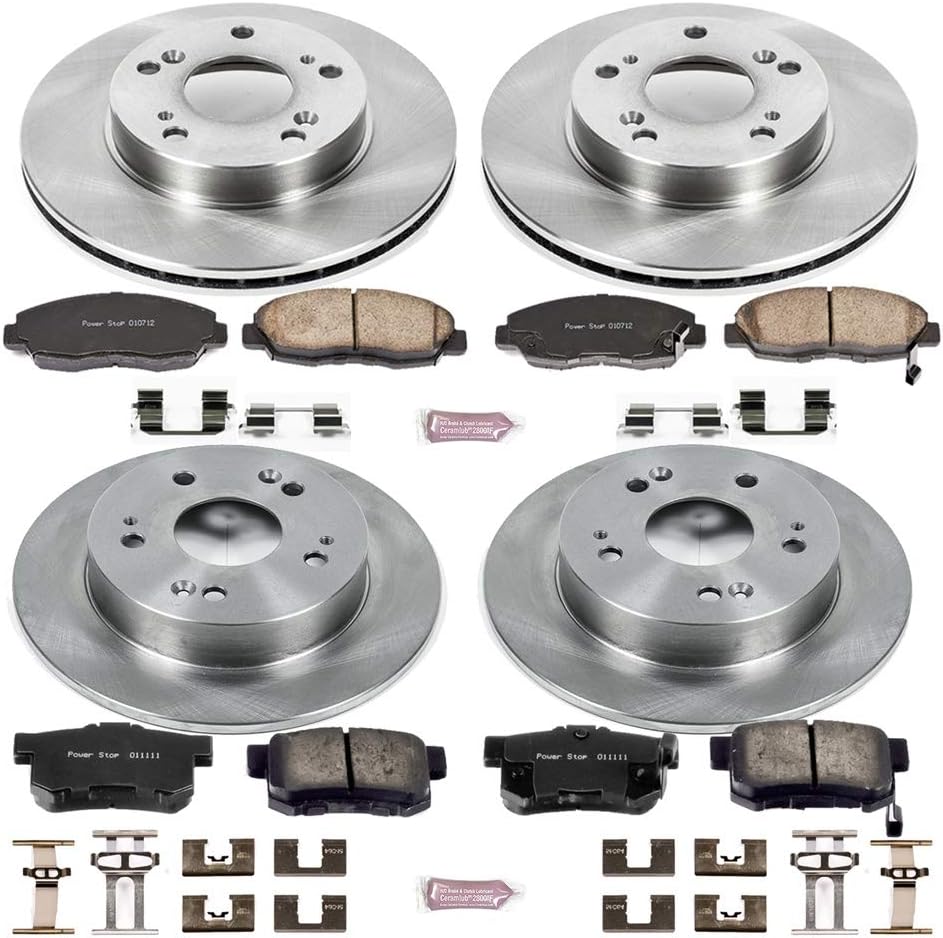 vassosman wrote: ↑ The only time you but brakes on Amazon are if you're selling the car and need to get it safetyed.

There’s a bit of truth to his comment lol

damn, i need 2012 civic sedan DX! i need slotted ones so i can paint my calipers RED!

This does not fit your:
2012 Honda Civic
Your Garage (1)
See similar products that fit this vehicle:
Replacement Parts > Brake System > Brake Kits

stephroll wrote: ↑ There’s a bit of truth to his comment lol

Not really... They're referring to the quality, not if you're buying the correct product. That's your own due diligence.

This is the same product you would get from pretty much anywhere else.

Hey guys, I put these on my 2020 honda civic type R to downgrade the rice factor and I stopped getting thumbs up while driving. 10/10 recommend.

kennaley wrote: ↑ Did you read the review?

Did you? I assume you're referring to the 5-year old 1-star reviews from US customers saying they didn't get a complete kit; those reviews have no relevance to what OP posted as the part number is for a complete kit, and it ships from and is sold by amazon.ca.

In general PowerStop make decent brakes and the kit OP posted should be close to OE quality.

kennaley wrote: ↑ Did you read the review?

vassosman wrote: ↑ The only time you but brakes on Amazon are if you're selling the car and need to get it safetyed.

Autospecialty is actually owned by Powerstop. They're also sold on Rockauto, so it's not much different than ordering from there.

I’ve ordered this brand from Amazon a few times and found they’re pretty good. Not the quietest, but great for the price I paid. Only problem I had was I got an incomplete set, which I sent back to Amazon without a problem. The funny part is I got the slightly more expensive parts!

Just make sure your car has 4 disk brakes.
Wife has a 2006 Civic DX-G, and like someone else mentioned about their 2008, it has drum brakes in the rear.

I've used powerstop on my 2004 accord, and they were not too bad. Got them from local auto parts shop. Even during the work from home thing, when car was sitting in driveway for extended periods of time, I did not have any disk rusting issues.
Only issue I had was a little vibration from one pad, which was easily solved by adding a little brake lube on the backplate.
Aug 21st, 2021 7:42 pm

Hmm is it easy to install brakes yourself?
Not sure if I trust myself to do it whenever safety is involved
Aug 21st, 2021 7:54 pm

Bebo123 wrote: ↑Hmm is it easy to install brakes yourself?
Not sure if I trust myself to do it whenever safety is involved

Brakes are easy enough, rotors however are a pain in the butt. Last weekend I spent two days hammering mine off before using a blow torch on one and a hydraulic gear puller on the other.
Aug 21st, 2021 8:59 pm

Would never buy cheap shitty pads. Have fun with your brakes squeaking for their whole premature lifespan.
Aug 23rd, 2021 5:47 pm

Figures that this deal would come about after I just paid 600ish on rotors and pads... And installed them...

I still ordered it and got the entire kit.. great for the next complete brake system change..