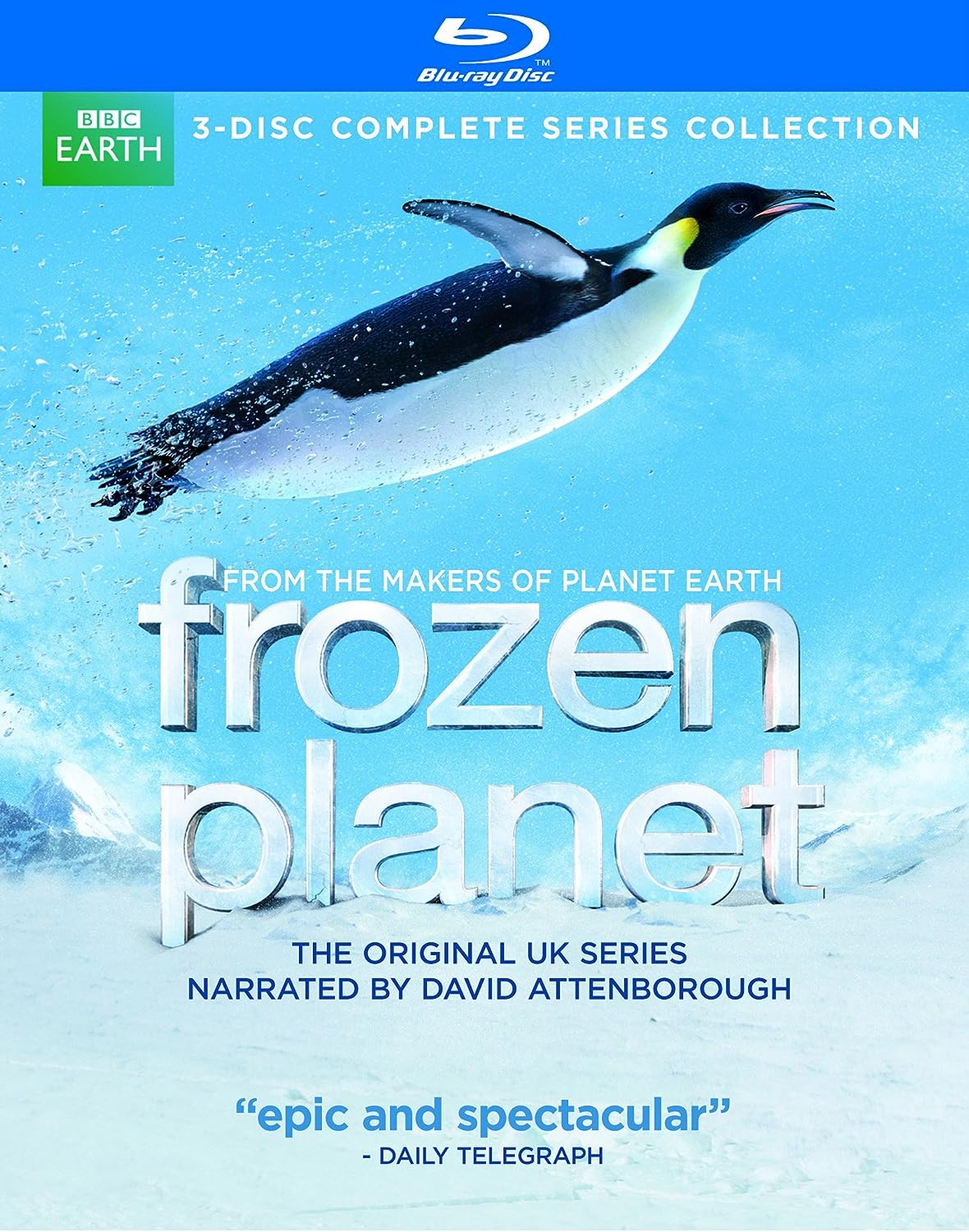 Product Description
From the Emmy-winning team behind Planet Earth and The Blue Planet comes Frozen Planet, the epic tale of two disappearing wildernesses. The Arctic and Antarctic remain the greatest wildernesses on Earth. The scale and beauty of the scenery and the sheer power of the elements are unmatched anywhere else on our planet. And against all odds, these vast, frigid environments are teeming with life. Using the latest camera technology, Frozen Planet captures unimaginable imagery above and below the ice, and follows the extraordinary fluctuations that accompany the changes of seasons in this most extreme of environments, often for the first time. Frozen Planet takes you inside a polar bear’s den to witness a mother polar bear and her newborn cubs, showcases the thrilling hunting tactics employed by a pod of killer whales to launch a seal off an ice floe, uses time-lapse photography to allow you to witness the amazing underwater fauna thriving around Mr. Erebus, the world’s most southerly volcano, and much, much more. Using crystal clear high definition cinematography, Frozen Planet will open your eyes to the remarkable colors and variety of life in this frigid environment. With the Poles under grave threat from climate change, this extraordinary series provides a chance to explore these great wildernesses before they change forever.