Taking 5mg SL to fix sleep schedule - works by making me drowsy at an earlier time, but not strong enough to keep me asleep during the entire night - waking up around 5-6 hours later. Not groggy at all during the morning. Might give these extended release 10mg a try.

As an aside, as previously mentioned, oral bioavailability is quite low - so 10mg orally you might be getting only 1.5mg. And dosage also heavily dependent on a variety of factors including body weight, age, metabolism, etc... so idk why people are saying that 10mg orally is too much.
Jan 17th, 2020 10:24 pm

syn3rgetic wrote: ↑ Kind of off topic but can anyone recommend a good pillow? my neck kinda sore always when waking up...

Yes. I blame our mobile phones for this curvical neck issues. I have had relief with this.

Had not considered bioavailabilty earlier.


The absolute bioavailability of oral melatonin tablets was studied in 12 normal healthy volunteers. Subjects were administered, in a randomized crossover fashion, melatonin 2 mg intravenously and 2 and 4 mg orally. Blood was sampled over approximately eight (estimated) half‐lives. Both the 2 and the 4 mg oral dosages showed an absolute bioavailability of approximately 15%. No difference in serum half‐life was seen in any of the study phases. Oral melatonin tablets in dosages of 2 and 4 mg show poor absolute bioavailability, either due to poor oral absorption, large first‐pass metabolism, or a combination of both. Further studies examining larger doses, in an attempt to saturate first‐pass metabolism if it occurs, may be warranted.

I've been taking these for 1 year whenever I need that little something to fall asleep (1-2x per week). The slow release makes all the difference. But for my father who has zero problems falling asleep but wakes up in the middle of the night and can't get good sleep after that, these are almost useless.
Jan 18th, 2020 2:03 am

I saw them the other day and I remember thinking same if not better deal...don't remember details
Jan 18th, 2020 3:45 am

Had not considered bioavailabilty earlier.

This deal puts me to sleepZZzzz...

bjl
What we do in life echoes in Eternity... and in Google cache.
RFD discounts for Schluter products

Does anybody know if there is any study done out there on the dependency of melatonin if someone uses it on the nightly bases?
I try Googling and find none.
Jan 21st, 2020 11:07 am

If you have a Costco membership, I saw this posted on the Costco East blog. Running from Jan 20th to Feb 2nd 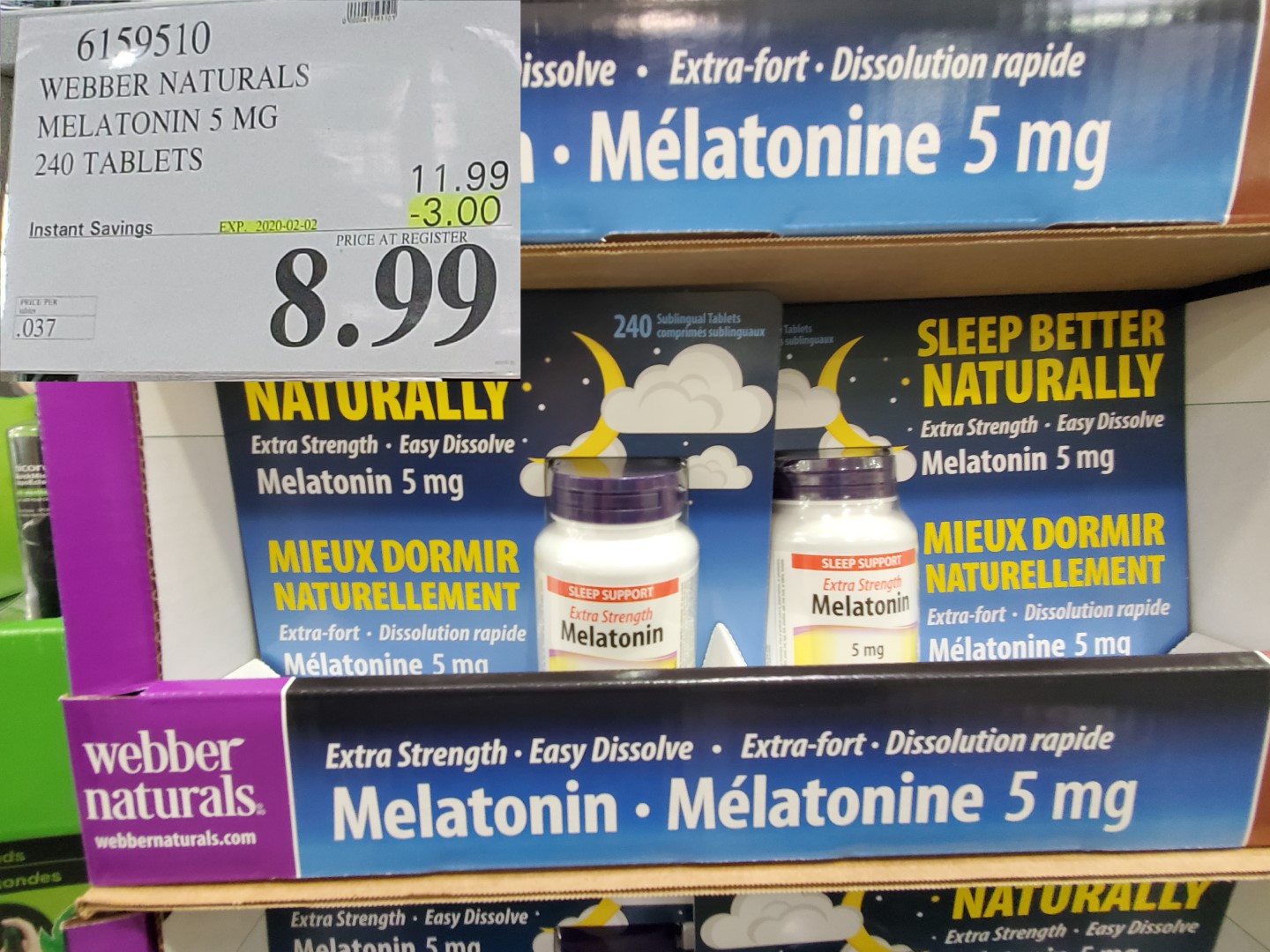