More offers from Amazon.ca
optimum nutrition protein 59.99 for 3.47kg. All time low on amazon. back order only though.

Ordered 1 only, leaving some for my RFD friends

joepipe wrote: ↑ is this good quality?

joepipe wrote: ↑ is this good quality?

Can't go wrong with this one, probably the best, mixes well and tastes great. Always buy on sale though.

BROtein powder eh...
“If you tell the truth, you don't have to remember anything.”

Eh, I wouldn't say it's the best. They're just an established brand. The product is just okay.

Ingredient profile shows they're just middle of the road, with some not so great stuff added. 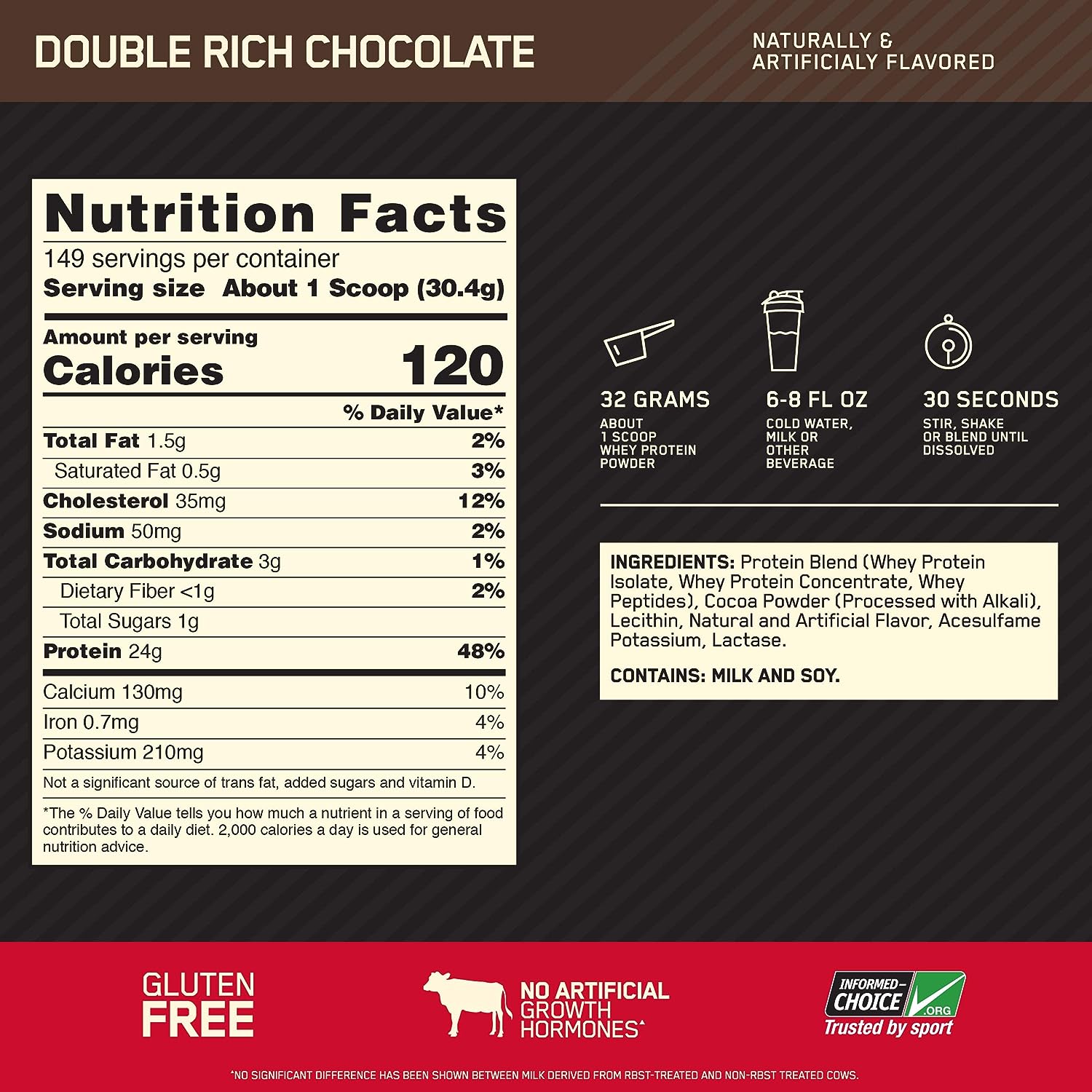 It's a protein blend, not a straight isolate. Their regular prices are way overpriced for what you're getting. Natural and Artificial flavours just means proprietary chemical concoction that we don't have to tell you. If it was just "Natural flavours" then at least the list is limited to a few hundred known ingredients... It has Acesulfame Potassium, which is trash. And Lactase, which is a digestive enzyme to help digest lactose. So that would tell you that the whey concentrate isn't a small percentage, but large enough to possibly upset stomachs of those with lactose intolerance.

Not saying it's a bad deal, it's still decent. But ON isn't anything special.

24g protein per 30.4g scoop. So ~79% protein. That's basically where a concentrate sits, which tops out around 80%. Isolates are generally 90%+. Since it's a blend, with isolate listed first, you would hope it would at least be higher than a normal concentrate, which this isn't.

OOS, But ON is the only brand I buy now. You can mix it into water or milk with a spoon since its instantized, and the flavor is 10/10 for all flavors I've tried. It's worth the extra money IMO. Try it first before scratching it off your list.

I've also had Musclepharm, myprotien.ca, kaizen, allmax. IMO, The only other brand that tastes just as good, and has no after taste is Allmax.
May 25th, 2020 12:26 am

5lb Strawberry Banana is still $49.99.
Reply to Thread
Back to top
Top