The live feed went live yesterday. Quality isn't that great but you can view here:

City of Toronto have confirmed High Park will be closed during Cherry Blossom time. They will post a live stream of the blooms. I will update this first thread when that is announced.

Because of Covid19, we need to keep with social distancing and this is not a year to go check out the cherry blossoms. I really hope that people listen to the call to social distance. You might think "oh, no one will be there because of covid19" but really you need to do your part and avoid the area because it only takes a few people with the same idea and then you have a huge crowd.

Came across this article and really hits home on how important social distancing is:

Also here is an update on the Sakura Watch page that was posted further down in the thread that he is going to stop posting updates:

I will not be updating this any further in 2020.

Thanks to @sprung here is a link of other places that are less busy to see the Cherry Blossoms as well:

There is also Kariya park in Mississauaga

March 29th update - No cars allowed in the park this year. More emphasis will be on the illegal parking in the surrounding areas as well so save yourself a parking ticket and take transit.
They will be making arrangements for people with mobility issues to be able to access the park still but details have not been announced.

Based on previous years looks like probably peek bloom will be late April, Early May as it is still fairly cool even though sunny!

I read some blooms this weekend already and full bloom by Mother's Day weekend (next weekend).

Drove by the ones on U of T campus today and they were really nice (a TON of people there even). I read that in the next few days they will be in full bloom in HIgh Park.

From Friends of High Park Zoo
"It seems the extreme swings in temperature have put our beloved cherry blossoms on different timetables this year. Some areas closer to the Grenadier pond and by the sport fields florets are now on stage 4, becoming visible and staring to extend and elongate. Full bloom could take place anywhere from 6 to 10 days, other areas within the park florets are on an earlier stage, however we’ll have to see how the warmer weather this week progresses the bud development. An extended warm spell could synchronize all of the trees into quickly blooming together.
Ultimately, we’re still thinking April 25th - April 28th is a good bet for peak bloom.

Predicted bloom dates between May 5 and May 12 at this point.

Good sites to keep an eye out for -

Peak bloom now. Should be pretty decent by the time the weekend comes along but now is the ideal time to go!

Updated May 2, 2015 – First opened blossoms spotted today in the park! We predict that the the full bloom will now start May 5 through to the 10th throughout the park.

Although sunny and warmer days have accelerated the schedule of the sakura // cherry blossom to bloom into this coming week, there should still be a good number of blossoms to see on Mother’s Day weekend!

The trees near the sportsfields are the furthest along at this point with the most number of extended florets and blossoms to start (about 1 dozen).

The trees along the hill and winding path are not far behind with about a 50/50 mix of large swollen buds with extended florets and other florets still trying to catch up.

The buds on the trees near High Park Zoo and Adventure Playground are a bit more behind with smaller buds and less green tips showing. On average, this area tends to bloom a day or two behind the other trees in the park and this is to be expected. A further possible concern is some of the trees seemed to be showing unhealthy signs of having no blooms at all.

More info & updates to be posted later this week…

Enjoy your visit to the park and please remember to respect the trees and avoid climbing or breaking branches.

Updated April 25, 2015 – Sakura buds continue to swell as warmer weather returns helping them to stay on schedule for an early May bloom. We continue to predict that the most likely dates the blossoms will begin to show the full bloom will be during the few days before and after Mother’s Day.


I will update this thread when it gets closer to mid next week.

This thread has been ongoing for a few years. The 2014 discussion starts on page 26

Thanks to the poster who is updating this thread with details on the predicted bloom time.

See below for the original thread. According to this site: http://www.highparknaturecentre.com/hig ... ng-blooms/
The buds are still closed. I will try to come back and update when some significant news. I have a feeling it will be late this year...

May 9, 2012 - Mostly gone according to Highpark messages posted there.

April 29, 2013
Sites are predicting this upcoming weekend for full bloom

I went to check out High Park this year for the first time during the cherry blossom season. Pretty amazing! I didn't have my camera with me since it was a last minute thing but I really enjoyed seeing them. They also had a DJ playing ambient music in one area which was cool.

Here is someone else's picture:


Love this little known areas of Toronto. Anyone else there on the weekend? Probably past peak now so don't know how much longer it will last

EDIT: Added pic I found somewhere else that I hosted up on Imageshack (through blogto.com .. again not my pic)

Updates on this page as well:
http://www.highparknaturecentre.com/

EDIT April 4, 2012 - Post on the High Park centre forums thinks that full bloom will be by Sunday as sunny weather until then. Keep an eye on the sites above or keep reading this thread for more info when it becomes available!

sw1ft wrote: ↑Flickr is blocked at my work, but I'm going to assume you mean Magnolias

no, those are blossoms. I'm as surprised as you are.

sorry for this stupid question....but where exactly is high park? i've heard of it so many times but never knew the exact location of it....is it possible to get there by subway??
May 5th, 2008 12:19 pm

I believe (and correct me if I'm wrong) they are trees from Japan...

Yes, it's on the Bloor line - High Park subway stop

open the doors of perception.

Is this cherry blossom? 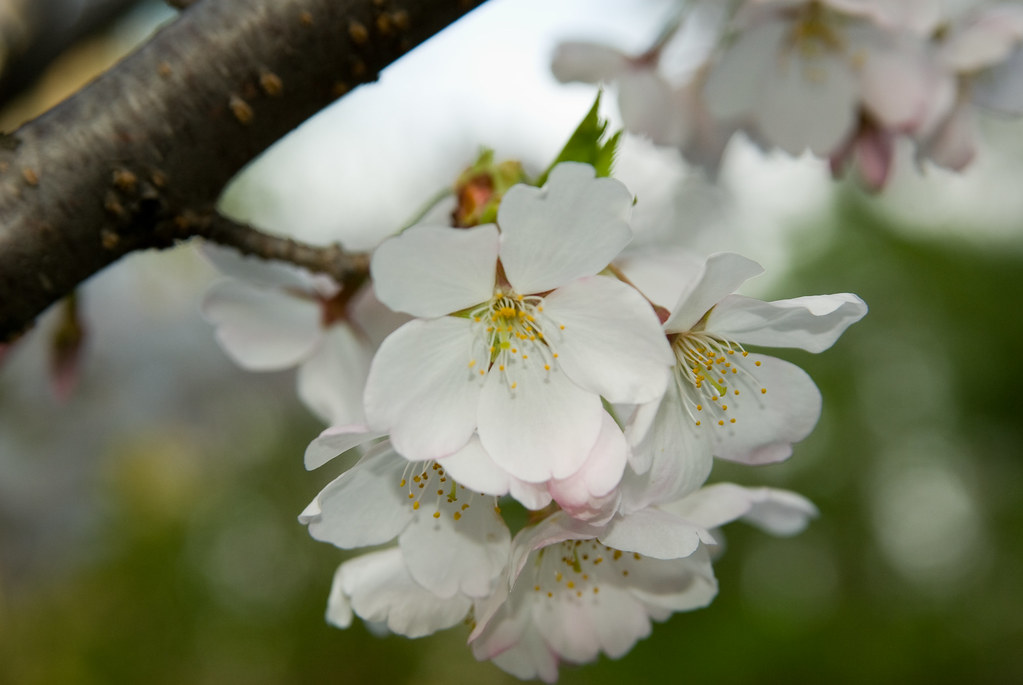 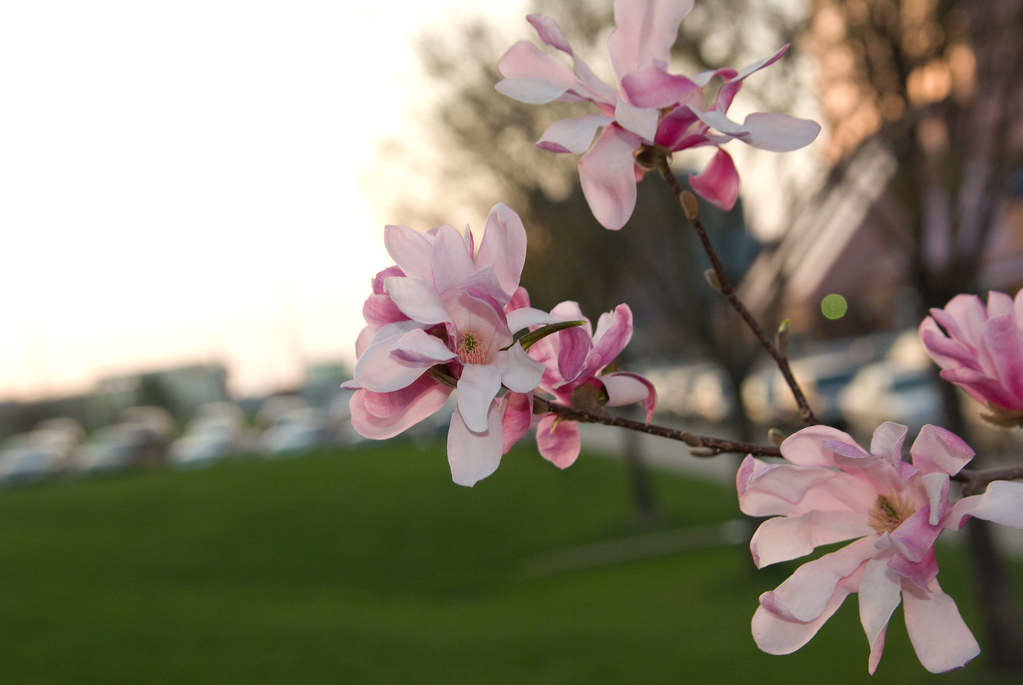 actually...i was there on Sunday taking pics...the scretch of trees west of the cafe are in white.

but I know another location of trees which I didnt go this year because of potential stroller issues *could be pink*. What might have happened is that it *was* pink...but now is white

*my daughter and wife (blur hehe)*

Have the blossoms disappeared yet? The first pic looks like the petals are starting to thin out. I'm guessing the recent rainy days have accelerated it too.

I was there last Thursday and it was in full bloom. I don't expect it to last too much longer...

NiMSo wrote: ↑Have the blossoms disappeared yet? The first pic looks like the petals are starting to thin out. I'm guessing the recent rainy days have accelerated it too.

molala wrote: ↑so is this place right by the subway station? that's what i was asking about...

u gotta take a bus after.

UrbanPoet wrote: ↑u gotta take a bus after.

rilhouse wrote: ↑no you don't.

head west (about 100meters) and you're there.
Reply to Thread
Back to top
Top