It's too bad they didn't include 3 of their major DLCs After Dark, Parklife, and Sunset Harbor. Sunset Harbor is understandable since it's their newest DLC, but weird for After Dark since it was their first and oldest DLC. I'm not normally a fan of their model, their regular $230 price for the full package is a bit ridiculous.

This though is a good deal, I'm in.

actng wrote: ↑ wtf then i have to choose where my $1.50 goes? between charities tip and paradox interactive????

Recoil wrote: ↑ if this is difficult for you maybe a city simulation game is not for you
humble bundle is a well-known site and yes, they let you name your own price and decide how you'd like to distribute your payment.

VanillaDonut wrote: ↑ As far as I know, their Store has CAD available since mid-2019 if I remember correctly. I think the bundles was late December 2019. So not sure how you were charged USD. Maybe contact HB if you want a refund as I would presume you paid more due to the currency exchange.

I got charged USD

Messerschmitt wrote: ↑ I got charged USD

Then 2 posts down someone said they always charge USD...

That makes sense. Thanks

$1.5 CAD is higher than $1 USD, even with conversion fees. So in fact, we are losing out

Messerschmitt wrote: ↑ That makes sense. Thanks

$1.5 CAD is higher than $1 USD, even with conversion fees. So in fact, we are losing out

Yeah, but I suspect on Humble's end, transaction fees take a bigger chunk out of smaller payments, percentage-wise—especially foreign ones. Also, an extra 8¢ per bundle isn't that big a deal.

Conversions on higher tiers are generally decent. For example, this one is $18 USD / $25 CAD. That's not far from a straight conversion, and probably cheaper after typical conversion fees.
May 26th, 2020 8:22 pm

$25 tier is a no brainer at this price... I spent so many hours on the vanilla game. Tried to get into the PS4 version but it wasn't the same without a mouse. Thanks OP!

RyanS219 wrote: ↑ So just to confirm if I go with the $25 package the codes will work on steam?

Yep they all do. You'll get keys that you can redeem through a browser or Steam itself 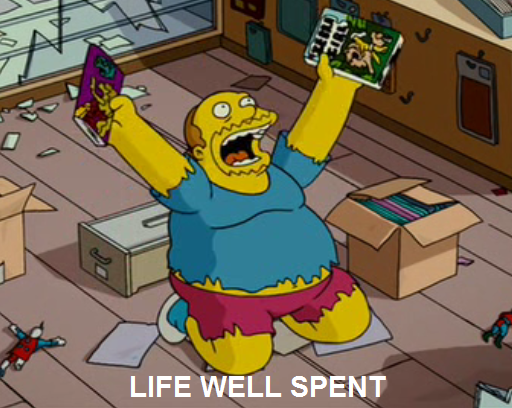 Edit: Nevermind it was until April 26th.

Is the vanilla any good without the DLCs? Huge fan of Civ5 and if someone was planning on getting vanilla Civ5 I'd tell them either buy with the DLCs (minimum get Brave New World) or I wouldn't really bother. Can the same be said for this game or is the vanilla plenty of fun on its own?
May 26th, 2020 10:08 pm

divx wrote: ↑ How hard is it to run a city? I been playing Sim city and it was easy.

It's definitely not "easy", as it's very open and you'll eventually run into challenges and wonder why.

i'm also fascinated how people don't just pay $0.01 or the minimum $1.50 to get the steam copy and run. like with toilet paper and RFD hoarding, you would think the majority of people are ******* that look out for just themselves.

part of why i'm asking so many questions is i want to understand and support a sustainable platform before i commit money to it. that and i saw alipay logo so just wondering if i'm supporting a CCP enterprise.

"Humble Tip" is Humble's cut. The default sliders seem to vary nowadays, and I'm not sure what's typical anymore. For Cities, it's 20%. For this music licence bundle, it's 45%. (That's the highest I've seen by far.) Most people probably won't touch the sliders. They currently have 10 bundles running, which isn't out of the ordinary.

Humble Bundle isn't only the 2-week bundles like this one. They have a traditional store, where their cut is 15%, I believe. They have a Humble Widget option for people to sell their digital content on their own website, where Humble's cut is 5%. They have a monthly subscription bundle called Humble Choice. In recent years, they've started publishing games--notable ones include Slay the Spire, A Hat in Time, Void Bastards, Temtem.

For early bundles, there was no minimum at all. Along the way, they've added $1 USD minimums for Steam keys, and now most low tiers set that floor to get any content. If they weren't OK with it, they'd increase the minimum. (And probably lose some impulse sales, granted.)