More offers from Costco
July 19 Update
Costco West: Prices have spiked to $11.99/kg for Prime. Has now been spotted in Surrey, YMMV on other BC locations. Available in AB.

Costco East: Price cut to $8.99/kg for AAA. Prime is not available.


Spotted at Crossiron/RockyView/Balzac Costco. Bunch of Prime grade brisket going for $9.99/kg, most are around the 6kg mark. No idea if other stores have it so YMMV.
Nobody has seen this in BC.
Seems to be AB, MB, ON and QC. 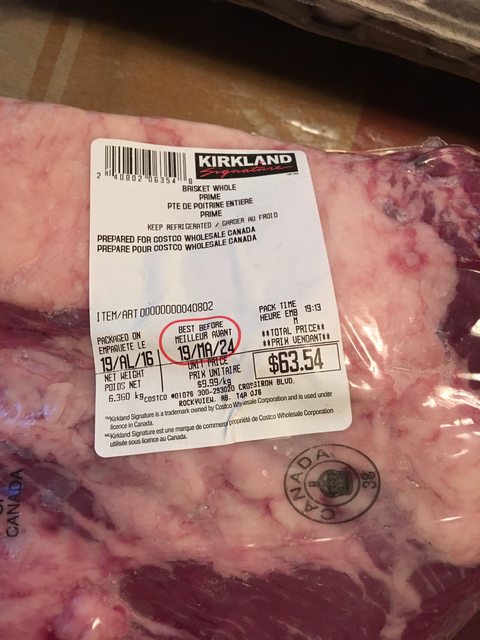 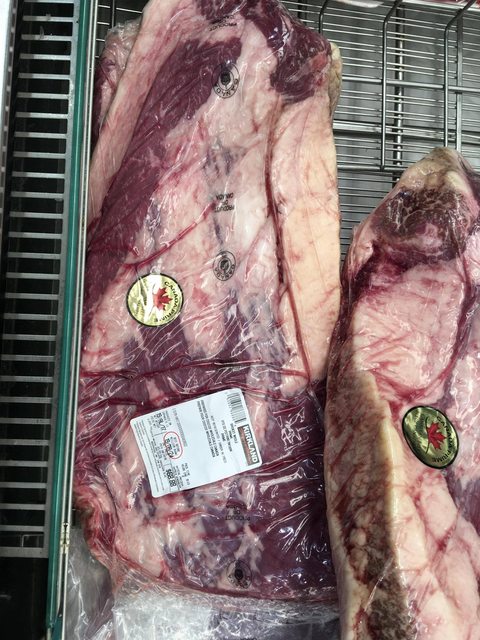 It’s currently a little cheaper if you happen to live near a Costco business. I have been getting the AAA brisket from the Warden and Eglinton for a couple years now and I have seen them go for as low at 7.99 a Kilo.

Might want to check to see if it seasonal, here in Alberta they don't have it year round and it has just started to pop up again.

I would love to get this. I haven't see my local ones carry it for a couple years.

The business centre one was food for smoked brisket.
Before you embark on a journey of revenge, dig two graves.
Confucius

Anyone know of stock situation in Kitchener or Waterloo?

jackfollow wrote: ↑ Has anyone spot this in Montreal area?
I don’t think my local store ever sold brisket

I dont think ive ever seen brisket in any of the costcos ive been to. Forced me to go with local butcher for my brisket needs at a higher price.

Edit: upon checking costcobusinesscenter.ca brisket price is 9.79 a kilo avg 5kg per packer. Bulk packers is 8.79 a kilo. Bulk is roughly 25kg. Those are great prices for AAA

My buddy use to work in the meat department of the Costco in Ajax. They haven't carried brisket in a long time. He's moved to another department in the store, but I've messaged him to keep an eye on it. We're both smokers, and will be all over this, if it's back in.

Edit: He just messaged me back. The numbers are active in they system again (that's good), but no prices or stock yet. Looks promising these might be coming back.
My Heatware

Has anyone seen these in the Lower Mainland? I checked last week at the Bellingham Costco and the USDA Prime Briskets were around $3.19/lb

Bella125 wrote: ↑ Wow! This is an amazing price especially if you have a smoker!

Agreed. Best brisket I've ever had was when I smoked it, then sous vide for 30 hours, then sear. Best thing I've ever eaten to this day.

If my local Costco gets any in, I'll be buying a couple

Oh wow! Someone saw that at Lebourgneuf, Sainte-Foy or Levis (Quebec) ?

JP3ll3ti3r wrote: ↑ Oh wow! Someone saw that at Lebourgneuf, Sainte-Foy or Levis (Quebec) ?

I never saw any brisket in Qc city area

kinchattack wrote: ↑ It’s currently a little cheaper if you happen to live near a Costco business. I have been getting the AAA brisket from the Warden and Eglinton for a couple years now and I have seen them go for as low at 7.99 a Kilo.

while true (last time i was at Costco Business Centre in January, it was $ 8.99 / kg and they had briskets between 4 kg and 6.5 kg), based on the differences (tenderness, flavour, etc.) between Costco Canada AAA ribeye and Costco Canadian Prime ribeye, it would say the two grades are incomparable. Prime is a world of difference better.

i would consider this as warmer than 'warm'.