Those toilets are just asking for trouble

Time to stock up on cordless phones! I've waited 30 years for a deal this good.

About 3 years ago I was walking through Costco and a pair of guys had opened and looked through around 6 Costco Waterridge toilets. They were everywhere in the aisle and one of the workers came by and asked what was going on. The guys said they drove 4 hours to pick up 3 toilets from Costco and by the time they got home and opened them they discovered 2 of them were broken.

The next morning they drove back to Costco and returned the 2. Still needing 2 more they decided to open them in store to make sure they were good before trekking back the 4 hours to their house. Every one of those 6 they had checked were broken and they were still trying to find a good pair.

So, long story short, check them out well before installing them. A definite good price if you can get a working set though.

raskal wrote: ↑ for the Magic Erasers I'm very curious if you get an executive discount on top of the sale price. The regular sale price is $9.99, if you get $3 off on top of that, that would be a hot price!

canucks4life wrote: ↑ Those toilets are just asking for trouble

similar to the boy at Richmond Cent?

You're scaring me with those close-up raspberry photos. What's up with that?

coolwasabi wrote: ↑ You're scaring me with those close-up raspberry photos. What's up with that?

It's obvious on the pics. It's very hard to find fresh and good quality raspberry from Costco. Many cases, more than quarter of the quantity were bad when its time to consume.
Sep 15th, 2020 2:26 am

Thanks OP.
Those Nestle 120 candy is shady pricing. I knew the coupon was active these weeks, but literally the day before the coupon savings started, they had them at 12.99 in Saskatoon Costco. I was amazed and grabbed 2 boxes, figured I can match the coupon later. Once coupon savings started the price of the product went up to 19.59 less the 4 bucks so something like 15 bucks.
This pic was taken on Aug 30th when I picked up 2 boxes for halloween this year! 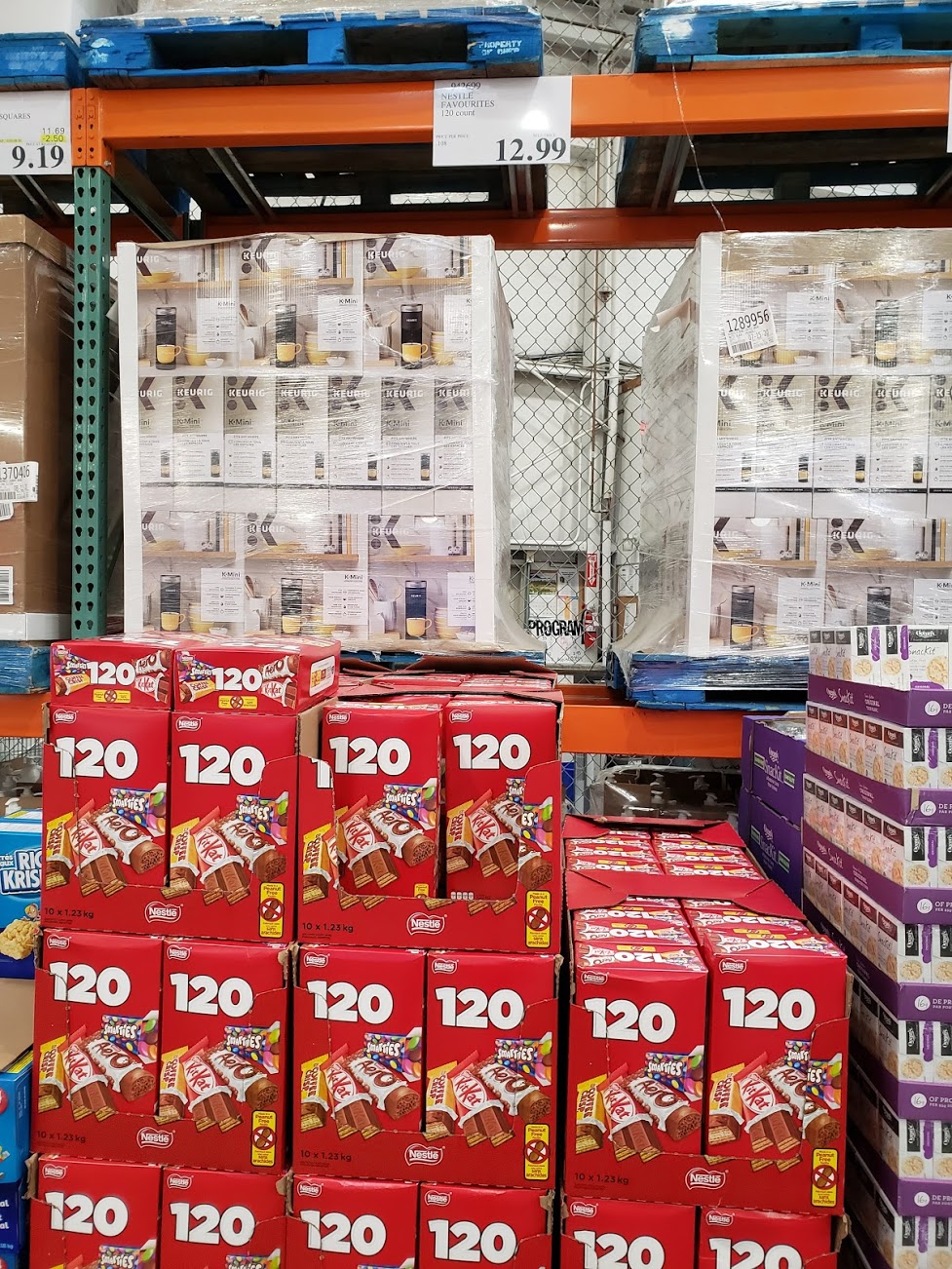 @Thatdealguy Did you happen to see the new William Spartivento 2 pack of decaf coffee they advertised in the in-store flyer. Nothing in Langford. Maybe only on-line? Also no balsamic vinegar or organic spinach(not on sale)
Sep 15th, 2020 3:08 am

Is it my imagination, or have Costco sales been mostly crap lately? Seems like the pandemic has lowered their "sale game" considerably...

Has anyone tried the kimchi?

Also, which brand of masks are the best? Anyone tried the black ones yet?
Reply to Thread
Back to top
Top