Also if you're going to buy tie die butterfly which costs 4.50 for 50g, why not get it in a tin https://www.davidstea.com/ca_en/sale/ti ... ?cgid=sale it comes out to be the same price but in a neat tin instead.
It's the same case for Bee The Change https://www.davidstea.com/ca_en/sale/be ... ?cgid=sale which comes to 5 bucks for a tin since 50g is 2.50. So you get a free tin in both cases.

Edit: I set my browser to private and tried it without logging in and it did work. I have no clue if it has anything to do with me using the code in the previous sale.
Edit again: So after messing around, it seems STEEP20 only works once on your account. If you've used it before, then you're out of luck unfortunately.
Also keep in mind rakuten takes off 1%
Last edited by dealo'day on Feb 17th, 2021 9:23 pm, edited 2 times in total.

Awesome! I had a free 50g of tea but felt silly to pay to ship for something free. $20 for 50g of tea is crazy town but when its free I'm not gonna complain

Threw in a couple of the ones on sale too cause why not.

Thank you for this! Steep20 works for me and also got free shipping.

I used the STEEP20 and couldn't use my other code - so here's 10% off without needing to sign up for a mailing list. Which is priceless, really - I just unsub anyways

xtremeguy wrote: ↑ Is there a code for freeship? Its still charging like 10 bucks

It should be free shipping for Anything today. This is the cheapest Tea I could find and it's shipping for free:

anyone know which chai is the closest to Indian chai ?

sylvestor2002 wrote: ↑ anyone know which chai is the closest to Indian chai ?

I haven't tried it but I would look at:


How it tastes
A spicy cinnamon-rich chai, but allows the tea to shine through


This organic Assam black tea with Saigon cinnamon, ginger, cardamom, cloves and pink peppercorns is on another level of delicious. In the 19s, Saigon cinnamon was one of the finest spices on the market. But then came the Vietnam War, and exports ground to a halt. Now it’s comeback time. Try this dark, sweet perfection as a spicy iced tea, Viet-style, with sweetened condensed milk. 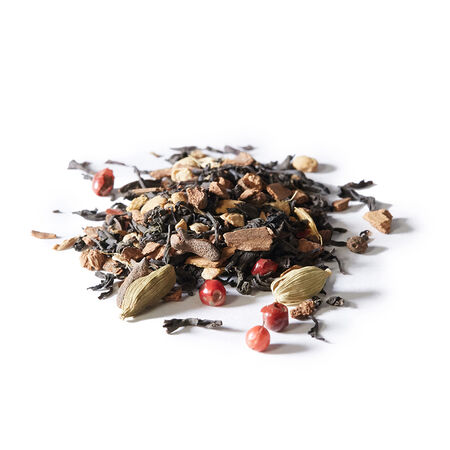 sylvestor2002 wrote: ↑ anyone know which chai is the closest to Indian chai ?

Cinnamon rooibos is amazing. It's not like masala chai but it's in the similar vain by being earthy from the rooibos while having that sweet rich flavour from the cinnamon. The comments say the loose leaf is way better than the sachets.
But of course there is the sampler box. Mind you, they're all sachets. https://www.davidstea.com/ca_en/tea/cha ... 85458.html

You can get a gift card for the specific amount of your order, rounded to the nearest dollar, and pay the remainder by CC.
Plus 1% Rakuten or Air Miles Shops.

Lol they ended the promo early. Classic bait and switch to end it early.
Reply to Thread
Back to top
Top