fizikz wrote: ↑ I hope Costco would support it, but I was told by their customer service that the 1 year warranty is through the manufacturer. Glad to know your Torin is fine.

I would just return it for a refund based on their policy.
https://www.costco.ca/purchase-terms.html

Guarantee, Returns and Exchanges: Costco guarantees your satisfaction with the merchandise you purchase from us. Costco.ca merchandise may, subject to what follows regarding diamonds and certain electronic products, be returned to any of our hundreds of Costco warehouses worldwide. Or, if you wish to return or exchange merchandise directly to costco.ca, contact us at www.costco.ca/customer service. When returning items containing a 1.00 ct diamond or larger, Costco warehouses may require additional time to verify the diamond, in which case a refund will be approved upon positive verification. This process may require 2 to 5 business days. Televisions, projectors, computers, cameras, camcorders, iPOD / MP3 players and cellular phones must be returned within 90 days of purchase to qualify for a refund. For more information on Costco's Electronic Return policy, please click here. Costco may in the future restrict its return policy regarding other products. Restrictions will be shown on the corresponding product description page.

The packaging always seems to advise you not to return items to the store where you purchased it but to call the manufacturer. You of course are under no oblogation to do that.
Aug 24th, 2021 4:05 pm

DRC wrote: ↑ I would just return it for a refund based on their policy.
https://www.costco.ca/purchase-terms.html

Usually that's at the discretion of the manager, and what I've been hearing is that they're starting to get stricter / less generous with their policies. eg. while they used to accept hairdryers that broke down after a couple of years, apparently they are refusing this now.

Most places won't be able to get repair kits for their jacks. You will need to contact the manufactures for that directly.
Sep 1st, 2021 7:53 pm

Ended up getting the Torin from Costco because of the features and seal kit availability. Observations:

The one from Princess Auto is built tougher. It has no universal joint, but a couple of long-toothed gears (dunno what they're called) for the release mechanism which seem a lot more robust. The axle about which the arm pivots even has a greasable zirc fitting! Too bad it's being discontinued, and therefore support for it will likely be nonexistent which is why I shy away from it.

The Torin has nice features (low profile, 6" "SUV" adapter/extension, nylon wheels which may be pro or con, seal rebuilt kit available!), looks cuter and more practical for the average DIY user, but also has some weak points. In particular:

1) The universal joint for the release looks kinda flimsy and jiggles around a lot and does not work very smoothly. The paint on the rod and inside the "socket" on the jack also cause some binding when rotating. Wearing the paint away and liberally applying white lithium grease has improved the release characteristics dramatically, otherwise it was really unpleasant to use because of how difficult and jerky it was originally to turn under load, and prompted concerns about it breaking.

2) The rod/lever is very unfortunately slightly sloping upwards even when it is at the lowest position. Partly because of a tow hitch, it takes me, I kid you not, ~125 pumps to jack up the rear of our vehicle from the jacking point near the rear differential due to the ~1" clearance between the jack's rod and the vehicle's lowest point. At least it is possible to jack, but if the rod would just go a bit lower (ideally below horizontal!) this issue could be avoided. See images below.

The good news is that Torin customer service kindly agreed to send a couple of complimentary seal rebuild kits pre-emptively for peace of mind to avoid worries about future availability. 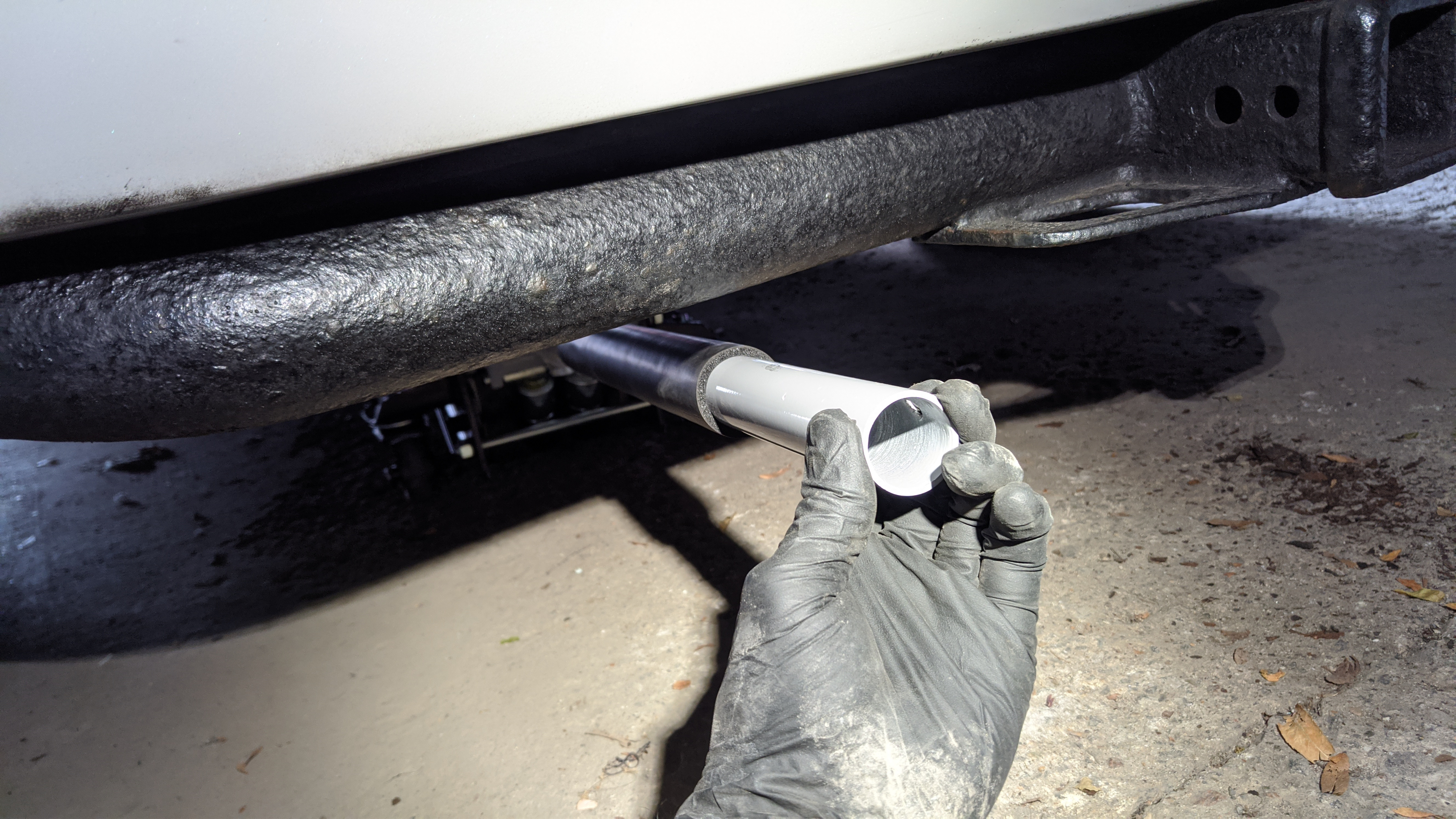 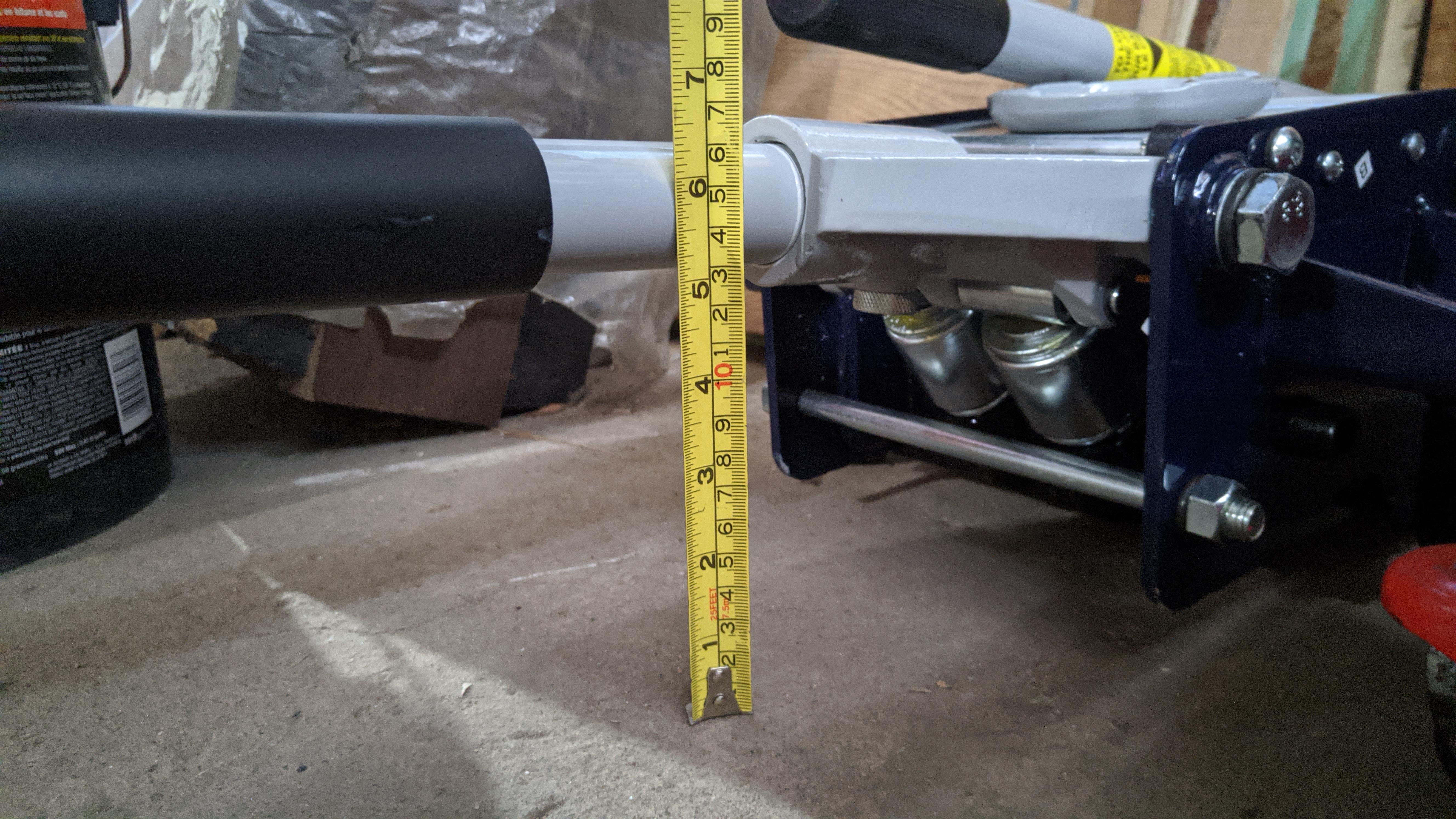 And after a nearly 3 week wait, it finally arrived. Hope I never need them. 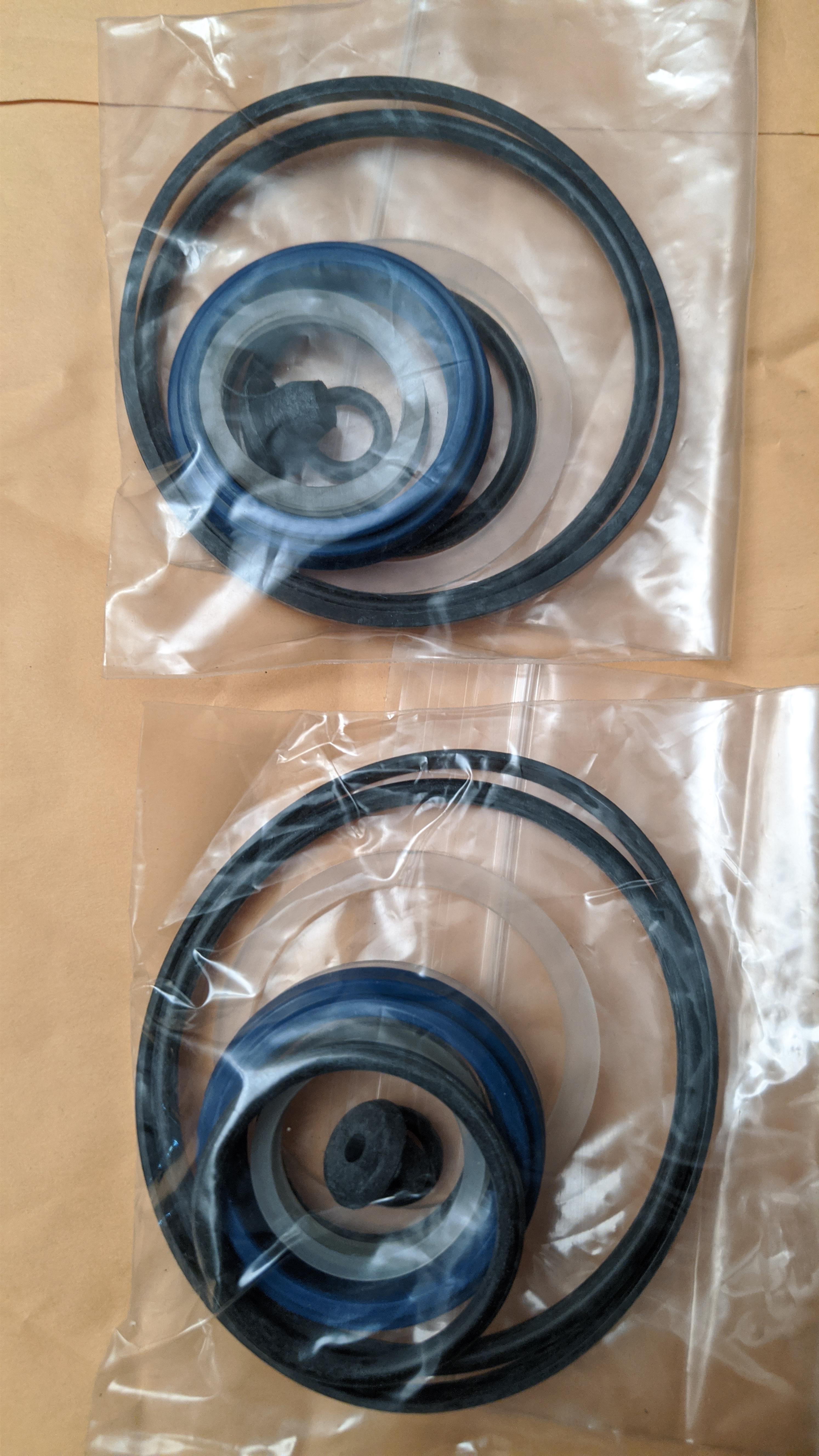 Depending on the material, general SBR (rubber) o-rings only have a shelf life of about 3yrs. Some Poly and Buna-N ones 5-15yrs, silicone and epdm usually last forever unused and stored well.
Sep 22nd, 2021 4:07 am

I got mine from Costco also. SO far, I have no complaints.
Reply to Thread
Back to top
Top