More offers from Dell
I was looking for a wireless mechanical keyboard WITH a numberpad and this one came highly recommended. Saw that everywhere else had it priced at $159.99 but Dell Canada has it for $119.99.

Okay, I don't know what's up with RFD's referral system but it's not opening the link for me. Anyone else having that problem can just go here:

Remember it's NOT backlit. This was $99 at Staples a few weeks back, but not having the backlight turned me off. Not a bad price though.

This keyboard is actually amazing. I've had the keyboard for about 8 months now, and the battery is still nearly full. I turn it off at night, or mostly when not in use, because my kids like to type on it when I'm not around.

As for performance, I specifically got this keyboard because my PC is on the TV, and wired keyboards are a tripping hazard in my house (probably more concerned about my PC being pulled off the shelf).

Anyways, the latency on this keyboard is top notch, I play some FPS (call of duty), racing and MOBAs and the response time has been flawless for me, whereas cheaper wireless keyboards (MK120) the input lag was horrendous.

As for the comment about backlighting, it was something I considered, but the battery life wouldn't be as amazing without it and perhaps for some recharging batteries is no issue, but using my keyboard daily and the battery life lasting as long as it has, is actually one of the things I really like.

Would have been nice if they offered this without the numeric pad, that might be a con to some.

Thanks. The RFD affiliate injection is annoying. It also screws up direct app checkout for Amazon links too.

Been using this for six months and I have to agree, it’s quite an incredible keyboard. It’s a daily driver so it’s used for 8 to 12 hours a day.

I only had to change the batteries once, and that’s because I was using some off brand garbage. Switch to Eneloops and haven’t looked back.

Stuff like doom and titanfall run seamlessly on this without any noticeable lag.

Purchased it at that price from MemExpress a year ago, and used it daily, 8-12hrs a day for my home office.
This keyboard is fantastic, I could never go back. No backlight means the original batteries are still 60% full, absolutely no complaints!

how loud is this keyboard?

Another fan of this keyboard. More than a year ago I went looking for wireless mechanical with a numpad. Not exactly a deep list of options there but this has been absolutely solid, just wish the Bluetooth on my computer was as reliable.

Also still on the original battery set even though it is my full time work keyboard. Power only gets turned off for vacations, ie stays turned on over night and on weekends. Paired it with the MX Master with the v2 internals. Amazing input combination for my work computer.
Jul 8th, 2020 6:05 pm

User131439 wrote: ↑ Remember it's NOT backlit. This was $99 at Staples a few weeks back, but not having the backlight turned me off. Not a bad price though.

Yup, it was $99 at Staples and I used one of those $20 Staples coupons that keeps on getting posted on RFD. So if you guys can wait, you can get this keyboard for $80 instead of $120.
I'll Keep It Short and Sweet. Family, Religion, Friendship ... These Are the Three Demons You Must Slay if You Wish to Succeed in Business

wish they had the TKL version of this keyboard. I know about the short cap one they just released but that thing is $300!!

Teioh wrote: ↑wish they had the TKL version of this keyboard. I know about the short cap one they just released but that thing is $300!!

That is highway robbery!

yup, solid keyboard. I like that it uses regular replaceable batteries. Not some lithium ion cell sealed inside.
Please update your profile to include your city. It's helpful when you post about something regional ucp.php?i=ucp_profile&mode=profile_info

Teioh wrote: ↑wish they had the TKL version of this keyboard. I know about the short cap one they just released but that thing is $300!!

All I want is a tkl keyboard that can switch between Bluetooth and Logitech's dongle. Is that too much to ask?!
Jul 8th, 2020 6:42 pm

My brain has a hard time with that bottom left function key. Somehow (even without looking) my pinky always thinks it's the CTRL key... 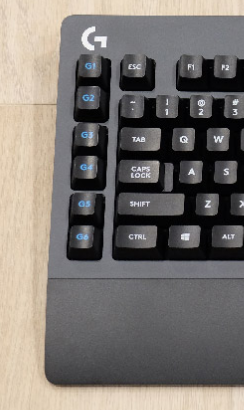