Paying rent and buying food after living for free with the parents is difficult, but sometimes you just have to do it.

sam100 wrote: ↑ If you are looking for daylight then Canadian Tire have 4 pack 100W for $21 . It’s not the best deal however one of the cheapest I have seen now a days for 100W equivilant daylight . In GTA You can also stack 10$ off 40$ coupon , printable from RFD link

I have tried the Feit 1600 lumen 3000K from Costco. The color temp and brightness is good, but they are hit and miss as to whether they buzz when dimmed. The IKEA Ledare 1600 have much better dimming behaviour, but are a touch too yellow, and very pricey.

Long story short, I'm definitely going to try and pick up a few of these to compare. Thanks OP and others.

Temporel wrote: ↑ May I ask where? $5 each at Home Depot

philips arent that great, had issues with them burning out due to overheating issues.
will try feit.
Jul 22nd, 2019 1:18 am

Philips, I’ve tried their older 8.5W non-dimmable LED bulbs from Home Depot and they emit a buzzing sound. Not loud as a refrigerator but certainly annoying enough.

I’ve had good luck with Sylvania, Feit and Cree. Currently in our house there’s a mix of Philips, Sylvania, Cree, and Feit. None of the bulbs have died yet. Cree has pulled out of Canada though. In my room I use Cree’s CRI 90+ LED bulbs bought in California, USA. Feit I’ve bought some of theirs during their Lowe’s sale and it’s fine. Noticed some PWM flickering on the cheaper models though.
Jul 22nd, 2019 4:30 am

yes they have both on sale daylight and warm white

Lighting expert reporting in, I do commercial and institutional lighting design for a living so there's a few things to jump in on.

This is a great deal, in my experience, Philips and Cree are the two best bulb manufacturers. 1600 lumens is huge, the 100W equivalents don't go on sale often and for a time, there weren't the same rebates available on the 3000k bulbs. This is a result of higher output and warmer colors generally being less efficient, but it's better now than it was.

The difference between 2700k and 3000k is negligible. The human eye has a hard time discerning any differences smaller than 500k and most colors will seem normal over time.

Personally I like cooler light in the kitchen and warmer in the bedroom. There's a pretty new thing in lighting design that isn't fully agreed upon called melanopic lux. This is a type of light which is supposed to suppress melatonin, there are building standards that are starting to get traction which involve subjecting people to cooler lights, most notably WELL buildings. So in a spot like the kitchen, I like a cooler light which can wake up and make me feel energized. 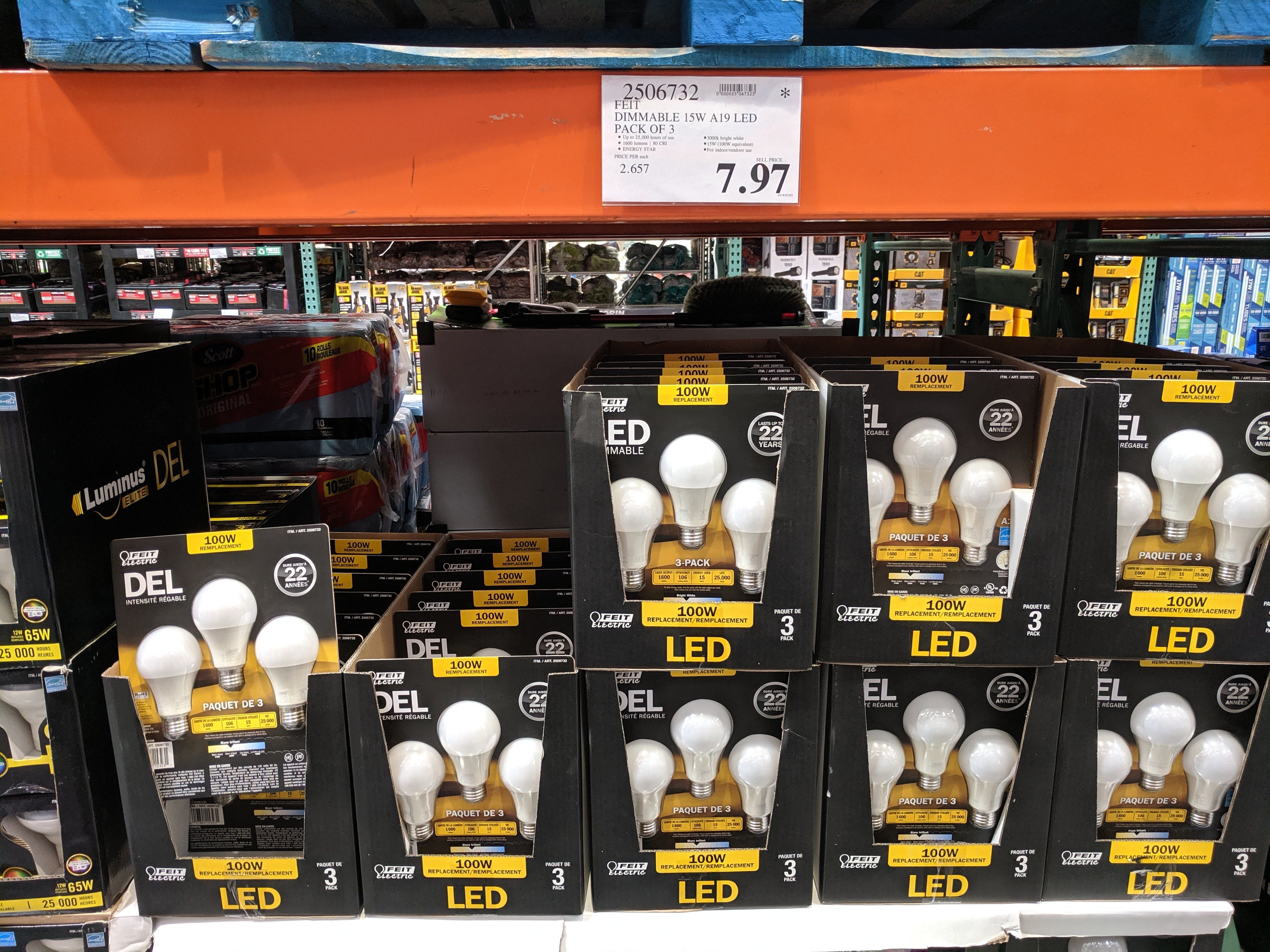 Thanks GiOBoY. Will have to check it out at my local Costco.

Went to pick one up , but instead got the GE 100w instead. better made when I compare Philips and GE. GE has better heat sink. Bukb will ladt longer.
4$ as well
Reply to Thread
Back to top
Top