More offers from Freedom Mobile
Freedom has come out with annual pricing on their Prepaid Nationwide Talk & Text.

You'll be on an incumbent network when outside Freedom network coverage (n/c).

Last edited by pjw918 on Mar 27th, 2020 10:23 am, edited 4 times in total.
Share:
Thread Summary
NOTE: Freedom's Fair Usage Policy requires that the majority of usage over consecutive billing cycles be within the Freedom service area, or off-network access may be restricted or the service terminated.

Stores may be closed or on reduced hours.
There are multiple channels of online access. 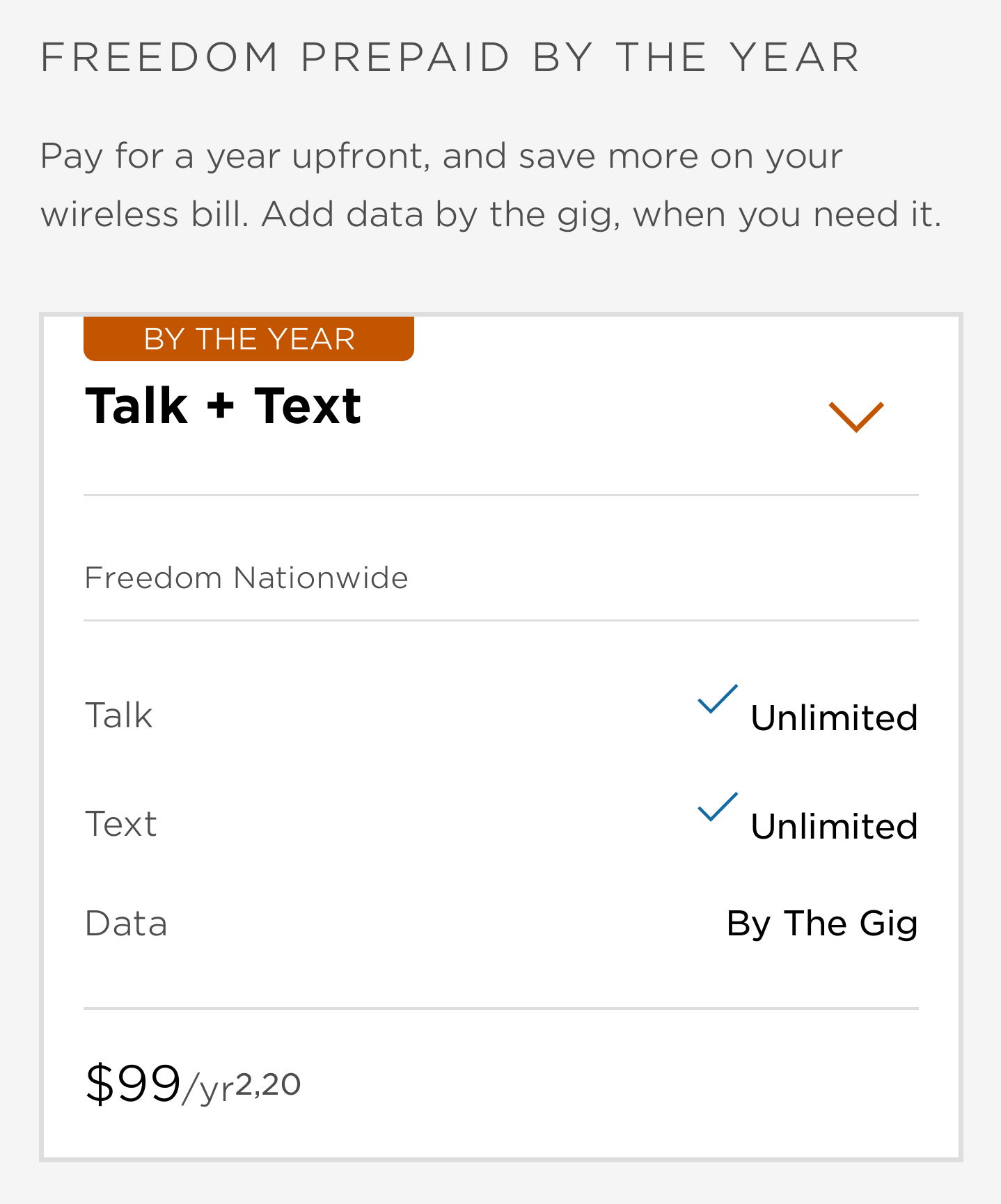 Wow. Now can I move a post paid plan to this plan is the question. I have a line my parents use as a home phone since it was cheaper than anyone else so don’t need data, so this will be perfect and saves about $90 a year
Mar 19th, 2020 1:33 pm

Sorry, I’ve been away from all the Freedom chatter for awhile.

If you’re outside their network, what happens? Do you pay per minute, per x data, etc? Or is there a package you can purchase for x amount of minutes and x amount of data?

pjw918 wrote: ↑
You'll be on an incumbent network when outside of Freedom coverage.

What does this mean in terms of service or extra cost?
Koodo
Public Mobile

The nationwide roaming is confusing/mixed messages

When you travel outside of our ‘Freedom’ network in Canada, you’ll be connected to a partner’s network. Your phone will display ‘Nationwide’ when in this area and may also indicate that it’s roaming. You’ll have access to the ‘Nationwide’ portion of your plan or pay-per-use rates may apply.

So this plan cost $9.32 tax included a month for unlimited calling texting...Seems like an excellent price

I have back up phones that I use in the GTA area..This might work out better

A one-time connection fee ($10 for Prepaid) will apply for each new line activation in-store.

Lots of misinformation in this thread. Freedom prepaid plans have nationwide coverage.

I wish they do another plan around $199/yr, with 2GB data/month
Tangerine, Public Mobile, and Freedom Mobile customer

Is there a way to force a IPhone to connect exclusively to 2G services only? If so, I’ll sign up an elderly and make it exclusively roam on Rogers.
Mar 19th, 2020 2:57 pm

I'd sign up for Freedom plans in a second. It's too bad their Canada wide coverage is weak that always stops me.

They just charged me $66 for the year, tax included

chinesedevil wrote: ↑If you use a phone that doesn't have AWS support would it just stick to partner network?

IEpicDestroyer wrote: ↑ Is there a way to force a IPhone to connect exclusively to 2G services only? If so, I’ll sign up an elderly and make it exclusively roam on Rogers.

Others have reported (in other post) that within the Home Zone, Freedom defaults to their own network and you may not be able to connect to another providers network.

IEpicDestroyer wrote: ↑ Is there a way to force a IPhone to connect exclusively to 2G services only? If so, I’ll sign up an elderly and make it exclusively roam on Rogers.

Not that I can see on an iPhone 8 with iOS13.
Reply to Thread
Back to top
Top

There are currently 2 users viewing this thread. (0 members and 2 guests)