'Knights of the Zodiac' Live-Action Adaptation to Star Mackenyu (son of the late actor and Japanese legend, Sonny Chiba)

When news of a manga and anime live-action adaptation comes to light, fans take it with both excitement and dread, as over the years some titles have proven themselves to be better left untouched (looking at you, Dragon Ball Z). However, with the upcoming adaptation of Knights of the Zodiac, it seems like the project is on the right track, as Mackenyu, the son of late actor and Japanese legend Sonny Chiba (who passed away recently due to COVID complications), will take on the role of Seiya, according to The Hollywood Reporter. 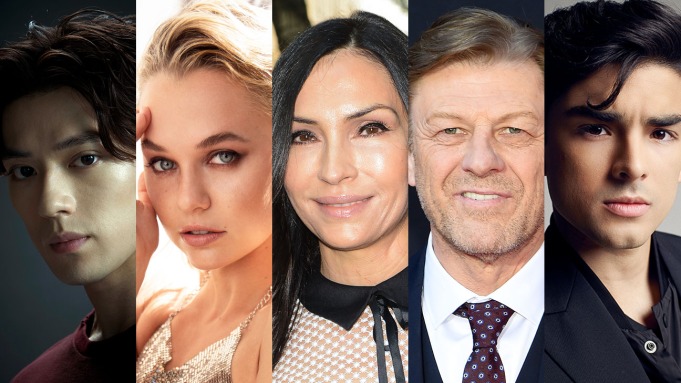 Saint Seiya (or Knights of the Zodiac, the name that stuck internationally) is a Japanese manga series created by Masami Kuramada that ran from 1986 to 1991 and sold over 25 million copies. It was adapted by Toei Animation into an anime and has since become one of the most popular titles from Japanese anime culture. Recently, Netflix produced a 3D-animated reboot, titled Saint Seiya: Knights of the Zodiac, which premiered in 2019.
Destiny is all
2 replies
Sep 22nd, 2021 1:16 am

During an interview with Shang-Chi stunt choreographer Andy Cheng, he mentioned without disclosing the title that he is working on a movie based on a Japanese manga that alot of Hong Kongers are familiar with and is scheduled to be shooting in Budapest. Turns out this is it!

They better not mess this one up like the recent netflix cg animated reboot did. By turning Andromeda Shun into a girl!