Start preparing for take-off. Xbox Game Studios and Asobo Studio are thrilled to announce that Microsoft Flight Simulator launches on August 18, and you can pre-order on Windows 10* or pre-install with Xbox Game Pass for PC (Beta) today.

Vivid and Detailed Landscapes – Immerse yourself in the vast and beautiful world that is our planet with more than 37 thousand airports, 1.5 billion buildings, 2 trillion trees, mountains, roads, rivers and more.A Living World – Earth is vibrant and ever-changing and so is the world of Microsoft Flight Simulator which includes live traffic, real-time weather and animals.  Highly Detailed Aircraft – Hone your pilot skills in a variety of aircraft from light planes to commercial jets with comprehensive flight models. Every aircraft includes highly detailed and accurate cockpits with realistic instrumentation.New Checklist System – From pro to beginner, scale your level from full manual to full assist with interactive and highlighted instrument guidance and checklist.Dynamic Weather – The new weather engine enables users to switch on the live weather mode to experience real-time weather including accurate wind speed and direction, temperature, humidity, rain and more.New Day & Night Engine – Experience flight at any time of day or year allowing for night VFR, visual flight rules, navigation.Aerodynamic Modeling – A state-of-the-art physics engine with over 1,000 control surfaces per plane allows for a truly realistic experience.


malbrax wrote: ↑ Deal if I understand correctly it's free if you have Xbox game pass for PC Dave510 wrote: ↑ Dang, no HKG, one of the most spectacular takeoff/landing on a clear day.

What kind of computer do I need to run this?

Viper98 wrote: ↑ It has every airport in the world.... The ones listed are just ultra high detailed models 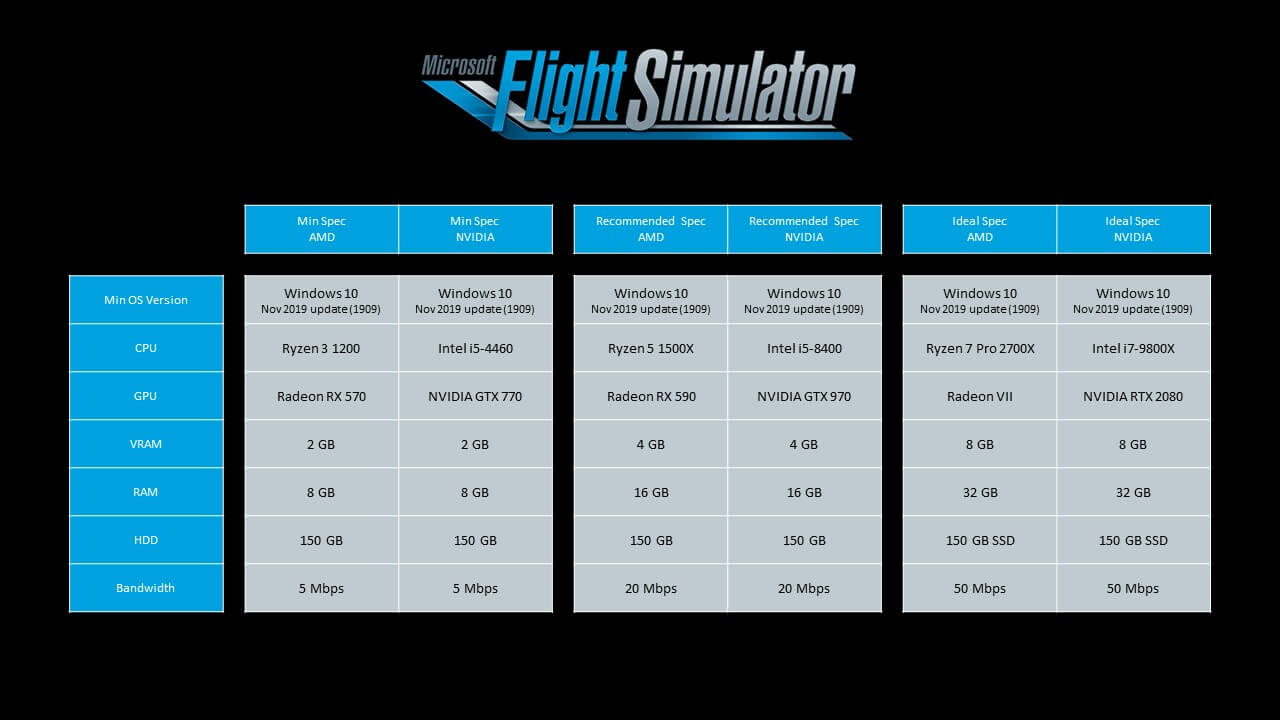 Unfortunately doesn't look like they have VR support (not at launch anyway).

Unfortunately doesn't look like they have VR support (not at launch anyway).

Can't wait. Been ages since MS released FS. Also I want Train Simulator as well! Bring it on!

djemzine wrote: ↑ Can't wait. Been ages since MS released FS. Also I want Train Simulator as well! Bring it on!