Move Over Fake Wheels, Phony Brakes Are In

Who's in for groupbuy???

This for real? If so, got to hand it to them for keeping the caliper stationary. Should be standard equipment on MB Beast class

Lol, wait till they start falling off on the highway...
·Ï¢årµ§·

Caliper covers been around a while...

IndusVally wrote: ↑ This for real? If so, got to hand it to them for keeping the caliper stationary. Should be standard equipment on MB Beast class

This is truly innovative. It will improve air flow and improve in fuel economy. Not to mention those bigger discs are more effective!

Fantastic. Fast and Furious got at least a product to advertise in the next instalment when Dom equips these and v12 engine sounds on his tesla m3. Dom and Xhibit team up to find Brian and pimp out other sad looking rides while Hobbs and Shaw just got married and are looking to adopt in a childhood friendly version of the pacifier part 2, toyko skids on drawers.
DYI difficulty scale:
0-joke
10-no joke

I need to get this for my MB so it upgrades into an AMGEE.

Finally, now I can get some street respect in my beige corolla.

Haha why do you need to add fake discs? Real disc serves a function. It's like a person want to grow a extra arm for decorative purposes.
Nov 10th, 2020 3:29 pm

spike1128 wrote: ↑ Haha why do you need to add fake discs? Real disc serves a function. It's like a person want to grow a extra arm for decorative purposes.

even better than a fake arm 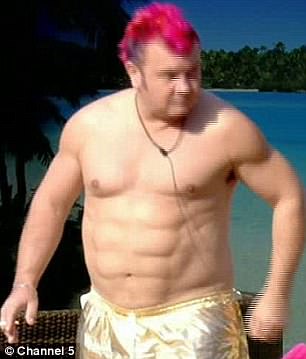 Does she come with the caps?

mw83krk wrote: ↑This is a parody, right?

That was my first thought too, but sadly it's legit. The ESL wording was painful as well...


tebore wrote: ↑ Does she come with the caps?

When she spoke at the end I gave them all my money.

I want to downvote because... well the product, enough said.

I gave the OP an upvote for the RFD laugh of the day. Great find and thank you for keeping RFD fun! I truly hope I never see these on the road. Almost as bad as the window stickers that look like the Pope or Trump is sitting in your back seat.

LOL and I thought caliper covers were ghetto as hell, now this

But you know, because the "disc" spins inside the "caliper", it may actually look better than caliper covers which are very easy to spot at first glance. These may fool the ol' eyeball, at least at first.

The girl is ok, but I dunno who would put this kind of thing on their car other than ghetto superstars. I guess in that case, the same ghetto ppl that: put on caliper covers; put on big wings; slam their cars and have ghetto sideways wheels from the camber; put on noisy exhausts; etc.

The hilarious part is the video that tells you how you can do away with all the "pesky" problems of getting a BBK and/or bigger wheels. They don't seem to know very much about cars given they're talking about increased fuel consumption, yet most BBKs are alum caliper meaning they end up being lighter weight than the originals. Same goes for 2pc rotors--because the hat is alum/alloy, the rotor can often be the same weight as a single-piece smaller rotor that is all-iron.

Anyway this is a kickstarter it looks like, I wonder if there will be enough ghetto children to get this stuff actually produced?


tebore wrote: ↑ When she spoke at the end I gave them all my money.

LMAO I didn't watch that far initially but went ahead and did so. Wow when she spoke at the end...they really should not have given her any lines whatsoever--what were they thinking?!?. I'm not even sure what kind of accent that is, it's sounds so terrible.
Reply to Thread
Back to top
Top