Rotate image Save Cancel
Breaking news: See More
Sorry, this offer has expired. Set up a deal alert and get notified of future deals like this. Add a Deal Alert
Aug 24th, 2021 7:02 pm

DougO wrote: ↑ And the Oled Switch coming out in October. Which one do you REALLY want?

Of course it is.


thekoolestkat wrote: ↑ Pre-orders are available at EB Games. You can just call them or visit them in-store.

chemicalxv wrote: ↑This one is specifically designed to be a call-back to the original Diamond/Pearl special edition DS Lite that was released. It even uses the exact same graphic of Palkia and Dialga.

Yes, but obviously you and Nintendo don't realize the DS and Switch Lite are two totally different devices.

Having the graphic like that on the DS is killer, as it's highly visible when not in use (as you clearly showed with the above graphic), but the putting it on the BACK of the Switch Lite, with no special graphics extras on the FRONT make it pretty useless as a glam device when not in use, which is a big reason why Nintendo nerds pay $$$ for these SE's.

That's why I said the Monster Hunter Switch was better, as it not only has the silk-screen on the back, but also the custom joy cons (and the dock). It's still not great, but Nintendo Switch Special Editions have been pretty Lame & Tame compared to the colorful DS/3DS editions. 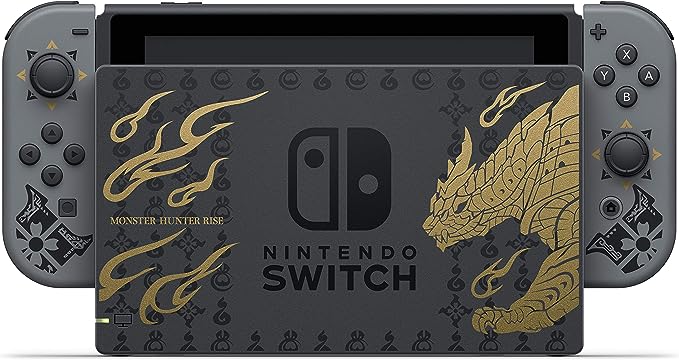 I legitimately do not understand why you felt the need to reply to this nearly an entire month later my dude
Nov 13th, 2021 2:08 pm

Hilarious seeing people trying to scalp this when Best Buy is currently sitting on nearly 1300 units of inventory and has already gotten hundreds of units of restock in since it released on the 5th.

They've actually gotten so much in in restock that they've outpaced what they've sold so far, not counting preorders (obviously).

Hilarious.
Reply to Thread
Back to top
Top