Bellyhungry wrote: ↑ Merry Christmas to all!

I have those Aldens on the left in a light brown calf and burgundy/plum cordovan!!! Best shoes ever and so comfortable don't even feel like I am wearing dress shoes. 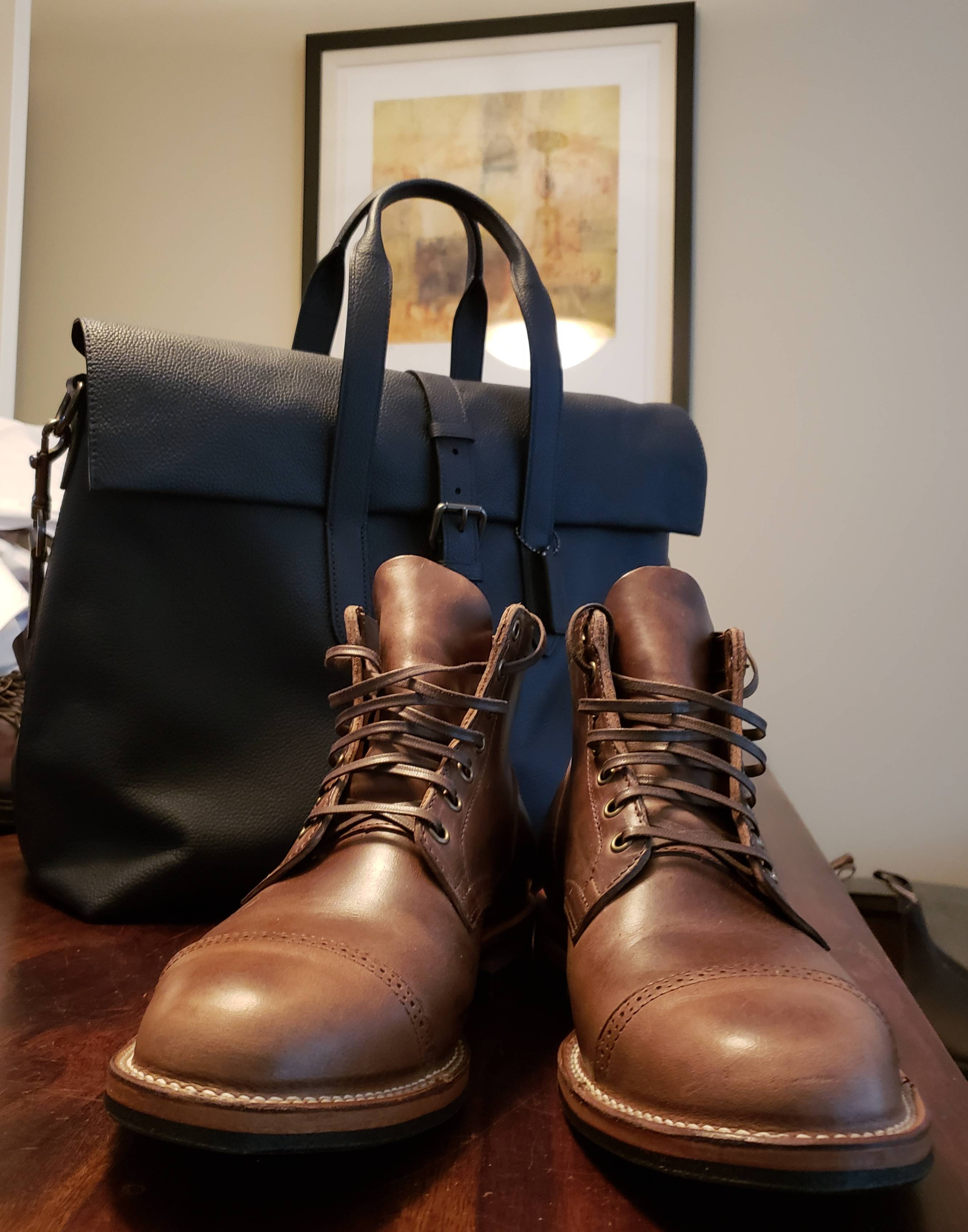 Some of mine. Mostly Rick Owens, SLP, Guidi and CP. 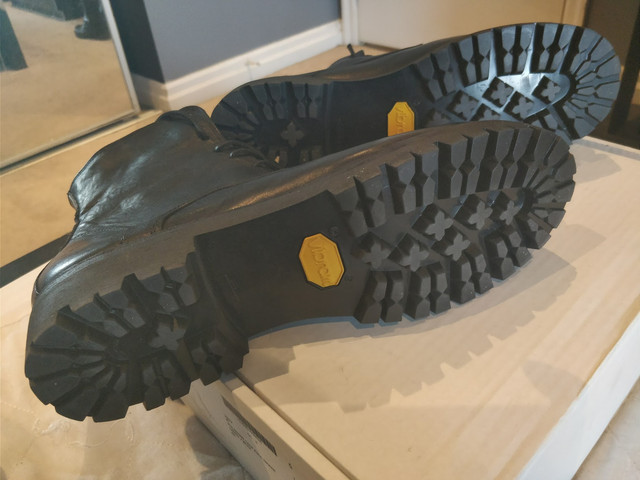 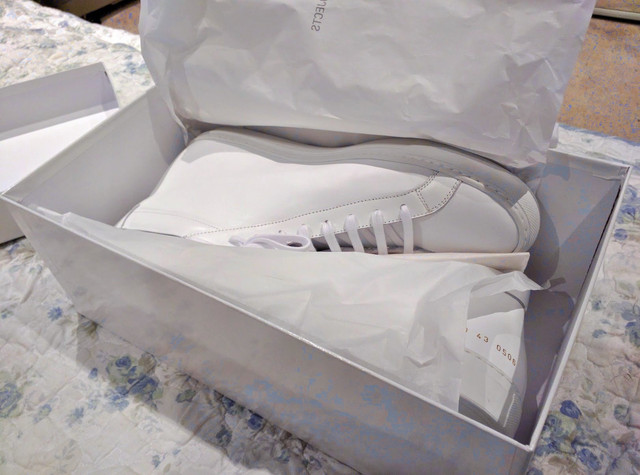 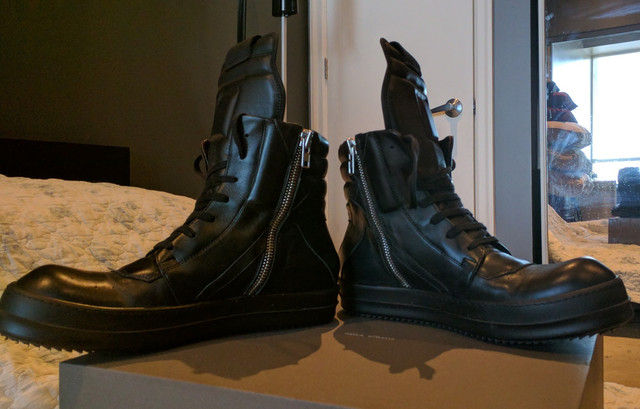 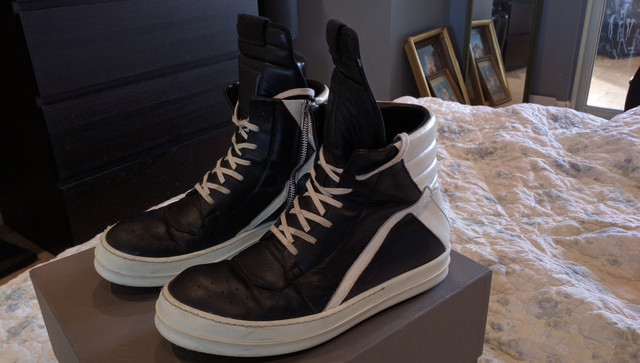 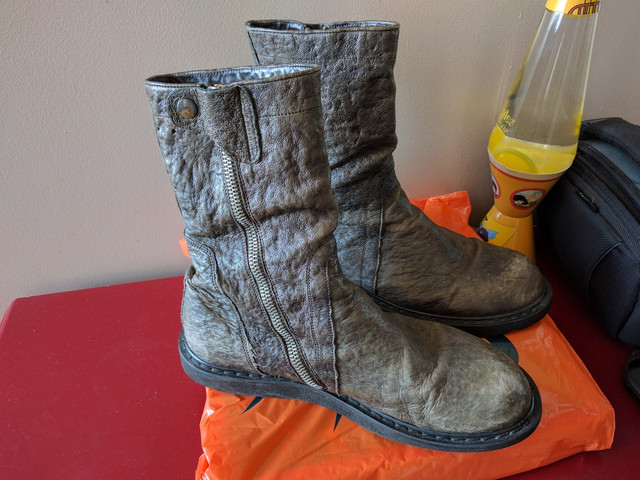 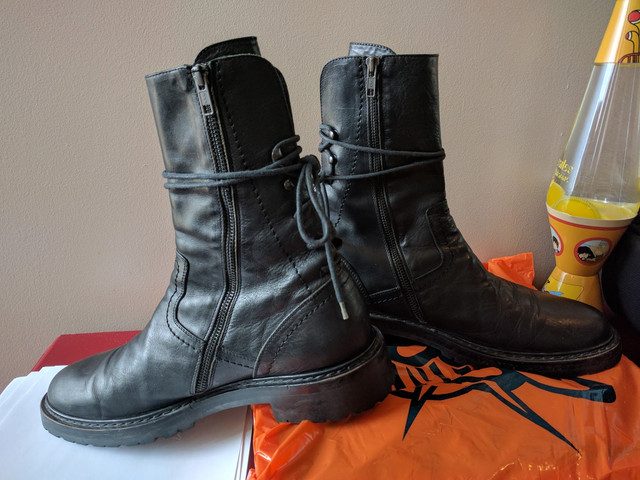 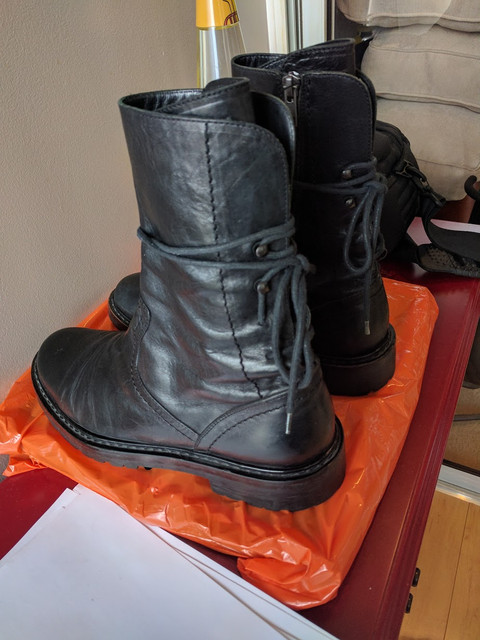 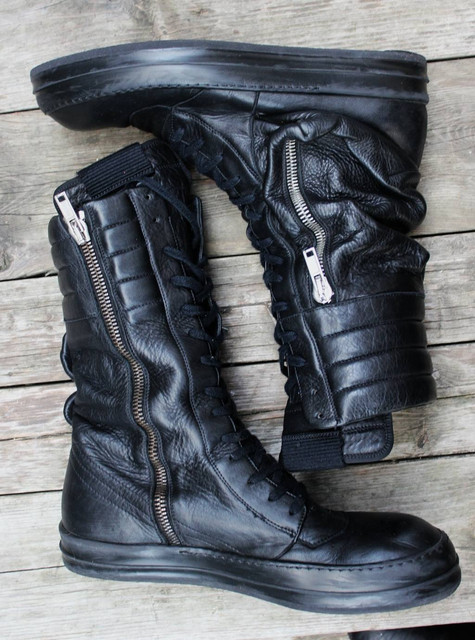 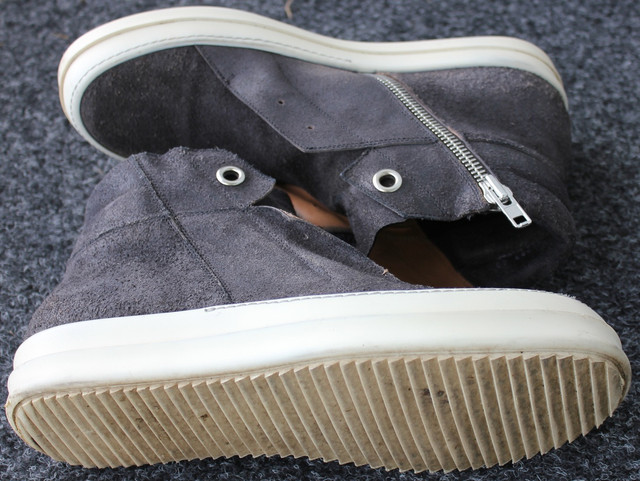 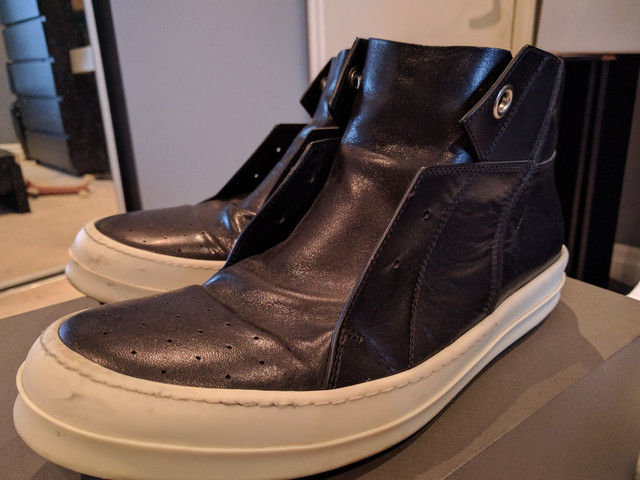 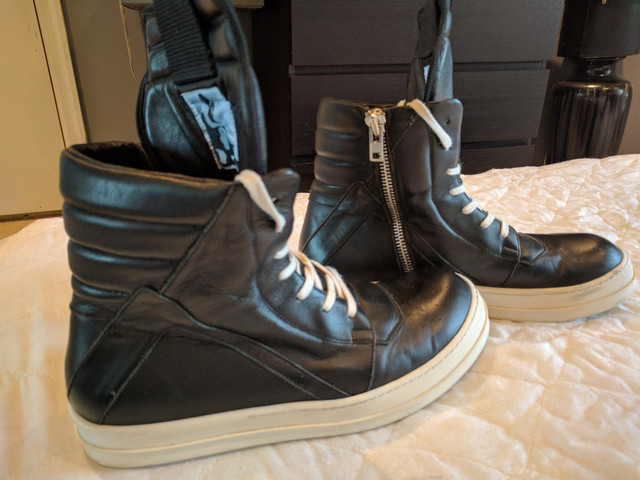 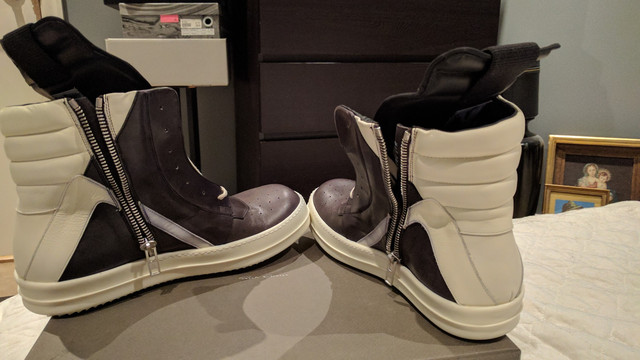 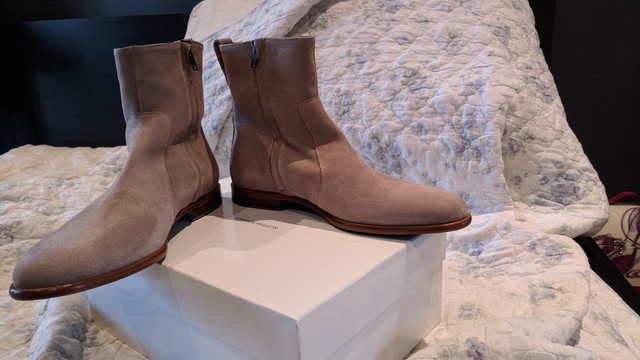 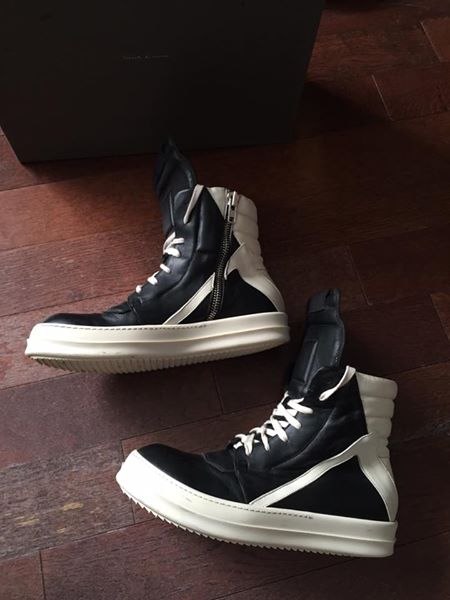 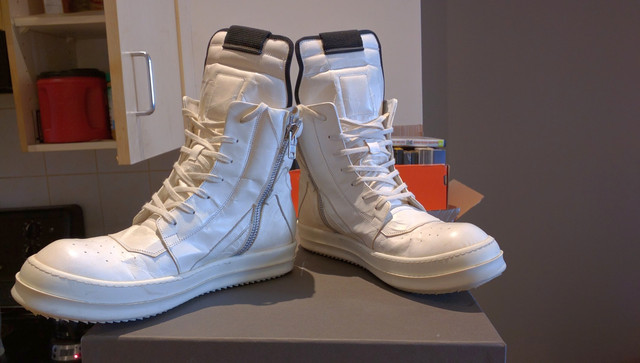 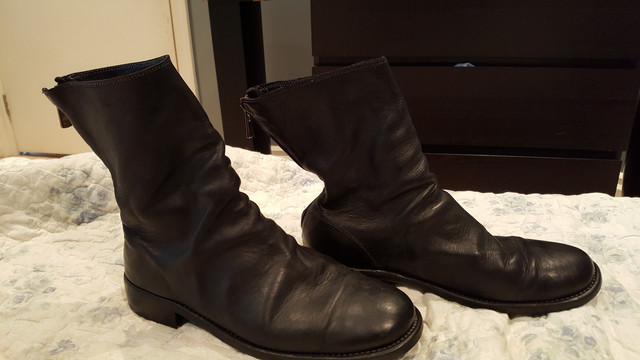 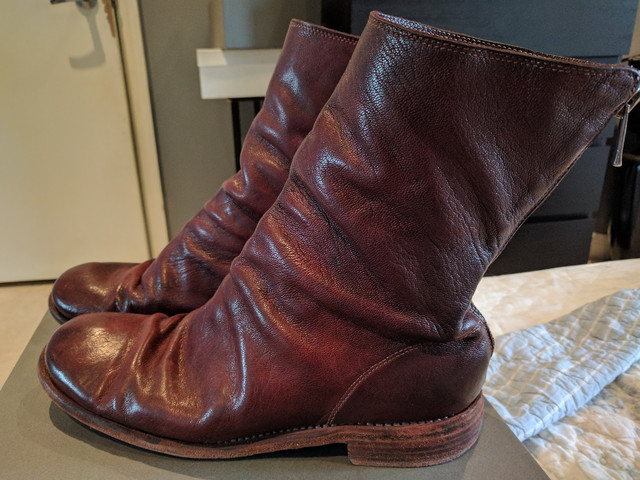 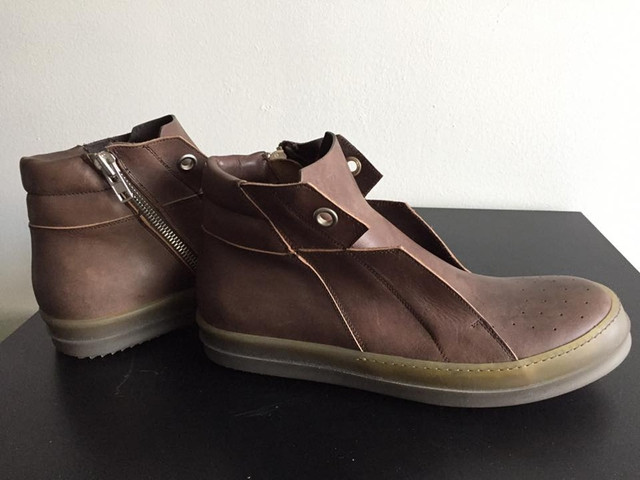 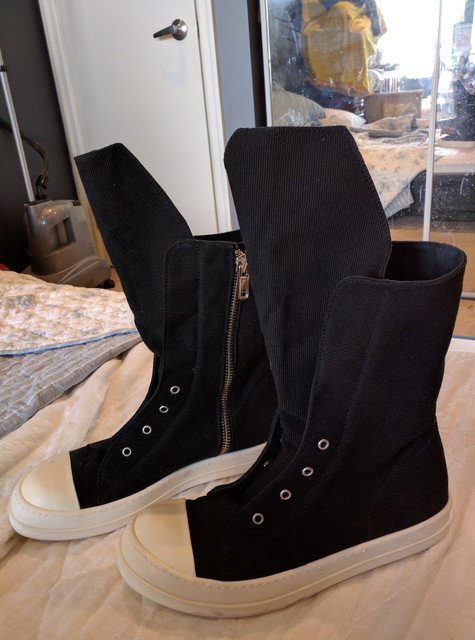 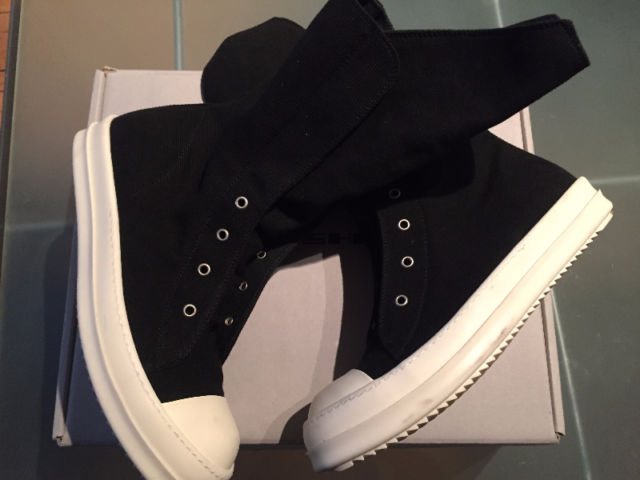 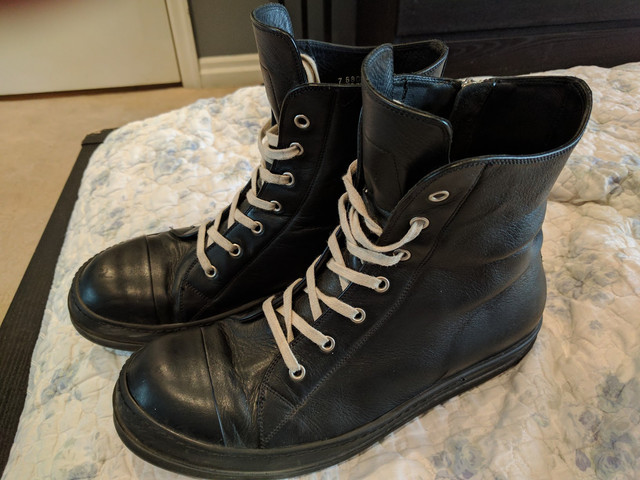 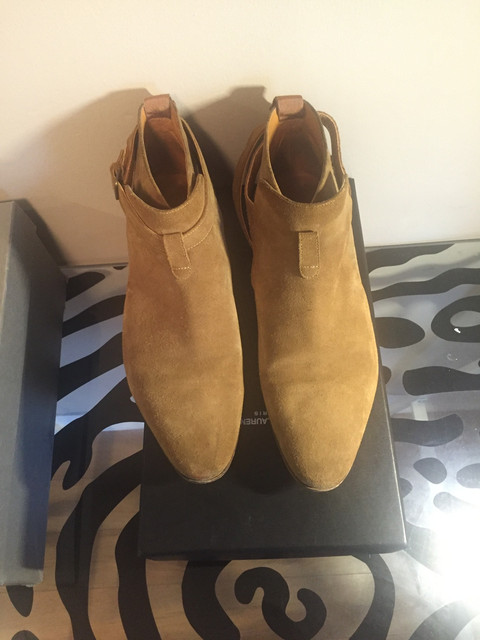 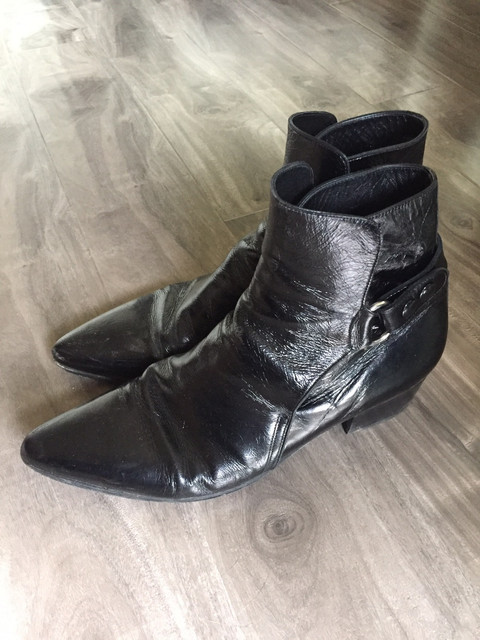 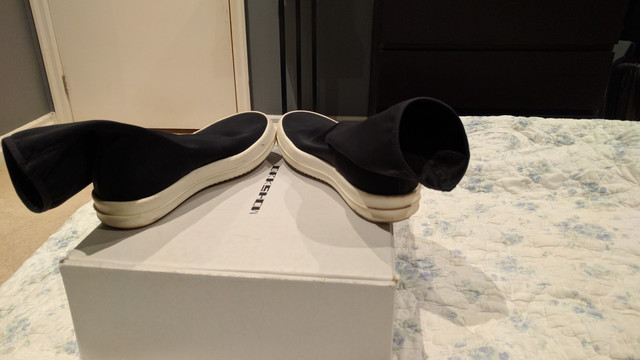 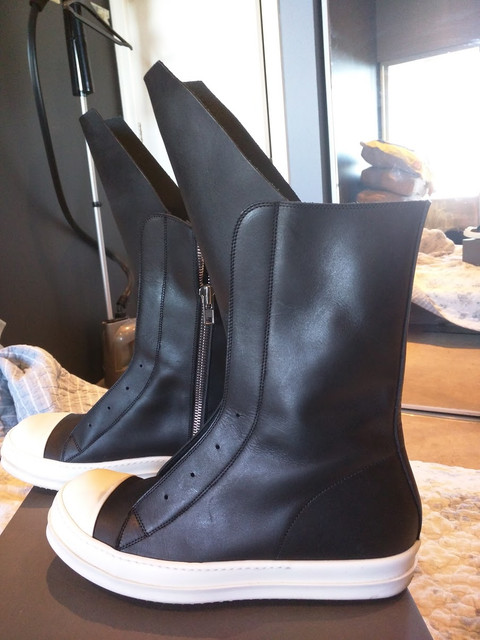 ^the leather one with the dozen or so folds (brown, no laces) looks very unique..Why do they fall back on a 45 degree angle like that? Do they stand up straight when you wear them, or still have a noticeable back-angle?? 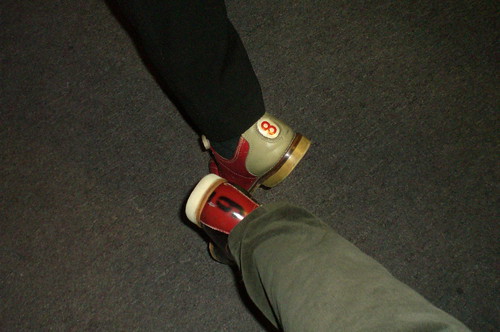 bubble.tea wrote: ↑ ^the leather one with the dozen or so folds (brown, no laces) looks very unique..Why do they fall back on a 45 degree angle like that? Do they stand up straight when you wear them, or still have a noticeable back-angle??

I Like the black ankle boots that look like you need a tooth pick with them & long slicked back hair...Someone walked by & called them David Bowie boots.

Got pretty bad water stains on my C&J cord boots, GTA Shoe Shine was able to remove it. Wax is yet to be applied but they already look restored. 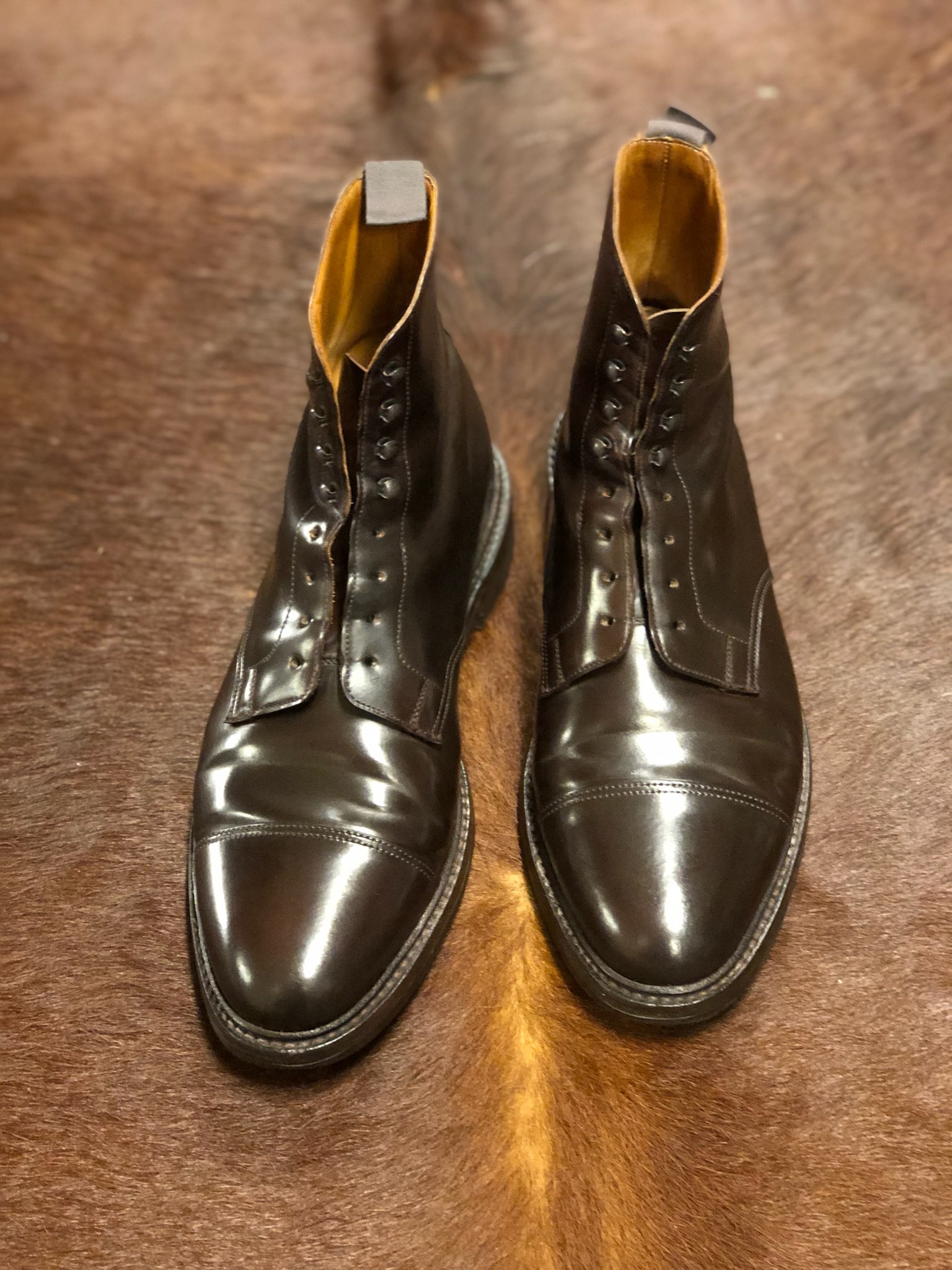 My extra special going out pair

Does anyone have a good recommendation for a reasonably price shoe repair shop in Downtown Toronto, Scarborough, or Markham?
The sole on my dress shoes need to be replaced.
Mar 17th, 2019 1:03 pm

Starting to get an interest in Wolverine wingtip or a captoe or a RedWing IR or a Roughneck...but it'll be so warm for summer. Oh well, plenty of time to get ready for cool weather.

Premium wrote: ↑ Just waxed my Cordovan Wolverines and now, I waxed my Natural Red Wings which it became too dark than what I expected!

There's some good conversations back then. Some good discussion about saphir reno as well. Kudos.

Anybody have input about this very observation. The Boot oiling community loves to oil them up, but at the cost of losing the vibrant colours. Do they return to the original or is it just a 'rite of passage' that is reluctantly embraced?

how many would be interested in John Lobb seconds / demos / discontinued models? We're talking from a pool of 1000 pairs

Wow. did you all score big when @Borbor posted that?

I've got my first pair of IR's inbound from UPS today. Although it isn't a beautiful orangey/tan, it is a lighter brown I believe, so I might just do as with many other things & rogue-it-up & not oil them at all. Just condition as per dress shoes.

My Shoe room is starting to smell like very leathery these days. Can't wait to add in a few quality leather boots to further build that basecoat of aromas.

RW RoughNeck - I tried one on at a store in town & found it had a slight arch to it, so I wonder if I should size up to allow for an insole to eliminate that.
RW IR / Beck - I've sized down a full size. That's with no insole & dress socks. It's still got room for me in the toebox, surprisingly nice and narrow & just perfect. With wear, stretching, it'll be great & ready to accommodate an insole & a thicker sock in cooler weather I'm sure.
Thorogood? Any input on these? Looking at the full laced version roofer
Wolverine - 1K looking at the wingtip (Same as RW, or are they shorter at all? & would only be able to go down a half?)

@Bellyhungry & @In-Dent mentioned some about sizes, pretty helpful. I tend to find brannock to be meaningless. It lists a 1/4-1/2 measure larger than I really am. To be clear, shoes don't tend to abide by what is really indicated on the brannock. It's a start, but just like @In-Dent, I have the same 1.5 offset curiously in the IR. Weird. If I was to truly base my size by Brannock.
And finally, looking for input on where to snag a sick clearance deal? I've heard of some solid deals in Montreal in the past year which I missed. I've started amassing a bunch of websites & feeds to keep watch. I'm very close to caving and buying retail or with an amazon bonus. That 30%/40% still happen?