Rotate image Save Cancel
Breaking news: See More
Sorry, this offer has expired. Set up a deal alert and get notified of future deals like this. Add a Deal Alert
Feb 18th, 2020 11:50 pm


How To Enter:
1. Sign up
First, register with your sign-in ID. Registration is open starting February 18th and you’ll start contributing to any upcoming goals as soon as the goal period starts. Complete both tasks: 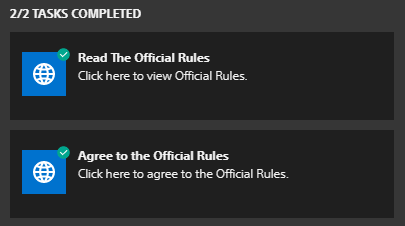 2. Do what you do best
Every PS4 game you play and PS4 Trophy you earn contributes to the community goal. When the community hits the target, everybody who signed up before the goal started wins!

Play Games
Every individual game you play for at least one hour (across as many sessions as you like) counts towards the goal.

Earn Trophies
Every Trophy you earn in any game you play is counted – and multiplayer game Trophies count as double (up to a limit of six Trophies per day)!

3. Win Exclusive Rewards
You’ll earn exclusive themes and avatars for reaching each community goal. You’ll also have the chance to win an exclusive PlayStation kit – which includes a real-life engraved Platinum Trophy – just for signing up.* 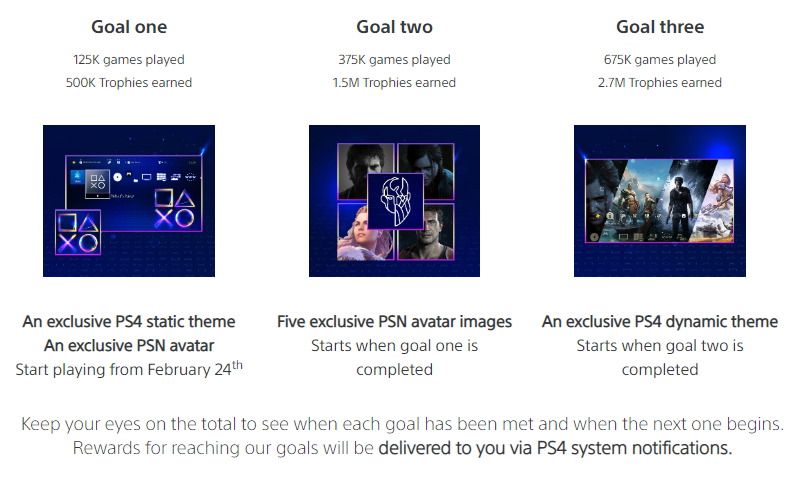 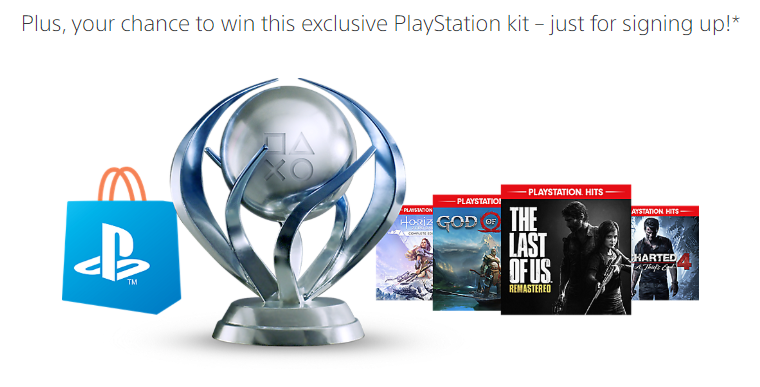 On March 17th at 11:00 AM Pacific Time, answer the skill-based question below for your chance to win the exclusive PlayStation kit. (You must have signed up for the PlayStation® Player Celebration previously to be eligible.)

Static theme(99% chance it has default sounds), crappy avatars, it's a shame they can't just bring back those 15% or even a 10% off code. 1 dynamic theme that will probably just be a glorified rotating wallpaper, again with more than likely default sounds. What a MEH promotion. The only good prize is the top prize.

I miss their old promotion site, where you could "win" 20% off PSN store for just watching some crappy videos or clicking around, I'm not sure why they've gotten so stingy.

If you're going to make a big stink out of an event, give gamers something we can get excited about. Making a fuss over a very limited prize and some crappy themes isn't painting a very promising picture as we head towards PS5 for consumers. This is very disappointing and we should expect more, especially because the company did more with 0 fanfare about a year ago, there were emails(that few people received) giving out 20% off PSN purchases, there was even a period where it happened almost week after week, the site where you had to watch some crappy videos to get 20% off vouchers repeated that a few times every other month.

This is probably so Sony will get some stat of concurrent users for a PS5 press conference to make the PS4 use more impressive, OR something to do with investors.

At least Canada isn't excluded from the raffle.


EDIT: As predicted the "Dynamic" theme is merely scrolling wallpaper with DEFAULT sounds, Scrolling up shows the picture in the screenshot, otherwise the main screen is just a bunch of wallpapers fading in and out very quickly. At leas the icons are nice, Sony really needs to allow us to chose icons and sounds that we want, not tying them to themes.
Last edited by ph00p on Feb 19th, 2020 11:42 am, edited 2 times in total.

Themes and Avatars no one will ever use.
Games that 90% chance people already own, especially since 2 have been given free in psplus already.

Yep, top prize is the only worthwhile part of this and with chances so slim I can't even be bothered to sign up.
Sony really failed to give us anything to be excited over, or strive to push for.

I signed up. It sounds pretty... Intense? Country-wide goals or something you earn by getting trophies when you play? Still signed up and hoping to win something decent, thanks OP.
But I hear what people are saying, a 10-20% off coupon is better than avatars, themes, a possible Greatest Hits game, because you could apply it to purchase of your choice. But as people keep saying about Sony, you don't need to try so hard when you're winning...
c'mon get happy!
Feb 19th, 2020 10:14 am

Am I missing something, or does this belong in Freebies or Contests or the Video Games subforums instead of Hot Deals?

I just don't understand how avatars and skins got so big? I play Battlefield mainly and it's crazy how intense people got about skins for guns --- that don't affect any outcomes and no one else sees. People for this shit makes no sense.
Feb 19th, 2020 11:34 am

LOL someone is going to get fired? Maybe they realized this was an awful promotion after all?

These appear(from the screenshots) to be the "rewards" for all the gameplay?!

LOL someone is going to get fired? Maybe they realized this was an awful promotion after all?

These appear(from the screenshots) to be the "rewards" for all the gameplay?!

EDIT: Links are working at the time of posting.

Thanks! Added to my account. Big fail on Sony's part. I agree with what you've said about it being all gimmicky.

I basically gave up on their newsletter & codes. It shouldn't be that difficult to get e-mails if I've specifically subscribed to receive them etc etc. And I've had an account since 2008.
With Fido Mobile!

ajacian81 wrote: ↑ I just don't understand how avatars and skins got so big? I play Battlefield mainly and it's crazy how intense people got about skins for guns --- that don't affect any outcomes and no one else sees. People for this shit makes no sense.

I agree with you. Skins and outfits, especially on a first-person shooter just boggles my mind. I will say....the obsession did lead COD: MW to have a free season pass so I am not complaining.
With Fido Mobile!
Feb 19th, 2020 11:45 am

Said212 wrote: ↑ I agree with you. Skins and outfits, especially on a first-person shooter just boggles my mind. I will say....the obsession did lead COD: MW to have a free season pass so I am not complaining.

My thoughts on it now, is that skins were never meant to be the cash cow they became, people were used to getting them for free, but when big money got their hands on games and had to struggle for "growth" because all big money wants is MORE MONEY or you're failing if you meet instead of exceed your previous goals. So they tried canabalizing different parts to see how far they could push, and they received VERY LITTLE pushback from paygating maps, but for some reason most games have new maps for free(thankfully) but they realized that with this new generation of gamers customization is a BIG DEAL, maybe it has to do with how "Influencers" stress how cool skins are or something, I'm not 100% on that. But it's the push that the industry gave gamers, and not enough pushed back on this one.
Feb 19th, 2020 11:48 am

A fart in a hurricane.

I posted about this in contests since it actually isn't a hot deal and never had a price tag attached to it. playstation-player-celebration-contest- ... #p32168212

SoldierZeroB wrote: ↑ I posted about this in contests since it actually isn't a hot deal and never had a price tag attached to it. playstation-player-celebration-contest- ... #p32168212

I'll request for this to be removed. I apologize.

FallenRyan wrote: ↑ I'll request for this to be removed. I apologize.

You don't have to do that. It might be helpful to have it in 2 places. It doesn't bother me at all. Sorry if my comment about my post seemed a bit harsh.
Reply to Thread
Back to top
Top