The Source not honouring policies - options for recourse?

I'll preface this by saying this will be a long post, but the context is needed and hopefully it's worth sticking around to the end!

So about a week ago, I placed an online order for in store pickup for a racing wheel that cost $999.99. Picked it up a few days later, no problem. About a week later, I noticed that amazon has the same wheel on sale but for almost $200 less. Naturally, I go online to live chat to request a price match. Unfortunately, it didn't work out as the rep kept giving different reasons:

1. The manufacturer is different (it obviously wasn't, despite a minor spelling difference)
2. It's sold by a 3rd party seller (flat out wrong, as it was sold and shipped by Amazon)
3. It's not in stock (fair enough, even though the item was available to order and listed as in stock on July 17, which would have been within my window to price match)

Due to the 3rd reason, I was rejected the price match (understandable) and I specifically asked, ask long as it said "in stock with no conditions" then I would be able to price match? The rep said yes.

Fast forward 2 days and amazon must have gotten their supply early as the item is now in stock with no conditions. I go through live chat again (same rep) and they said they are confirming with their management team. They get back to me and said I can't price match as the products are not the same. Here's the thing, on the source's site, they have a manufacturer item number; while on Amazon, they only have an ASIN number. Despite the two products obviously being the same, I did their work for them and googled the product Asin and unit number together and there were results that proved they were the same item.

They kept repeating that it's not the same item so I got forwarded to the escalation team lead. Immediately, they just tell me there's no way of confirming these are the same item (even though I just gave them proof that it was). They just said it could be from a different year and other nonsense like that. I then pointed out that this is bs as they keep coming up with different excuses to not honor their own policy. The lead then told me that their price match policy says that they have the right to revoke the guarantee at their discretion and that would be that (and they hang up on me).

Sure enough, their policy does state that they can revoke the guarantee with no advance notice, but can they just apply that clause at their discretion (on a case by case basis) or does the whole policy need to be revoked from the website? If they can just apply it willy nilly, that feels very discriminatory.

Anyway, at this point, I'm livid and just resign myself to returning the product to the source and buying it from Amazon. On the source's site, it mentions that I just need to print out an e-receipt and bring it in store for a return (otherwise I could ship it back on my dime to their warehouse - not going to happen with a 1000$ product that weighs 30 lbs).

So I bring the item in to a store to return and 3 reps all couldn't process it, saying that there is no option for them to click process return on their page after entering the order code. The rep believes it may be because the system thinks the item is a console or video game (and not a PC gaming accessory like it is categorized on their site). I go to another source and the same thing occured with them, with the rep noting that the item is no longer available on the site, which meant I bought the last item. They told me that usually, if you buy the last item, it is counted as final sale (though nowhere during the purchasing process nor on my receipt did it indicate final sale). Reps from both stores are following up with management to figure out why I can't return. One has sent an email to store support, which would serve as proof that I tried to return the product.

Now, I am left wondering what my options are? The return policy as interpreted does not limit the return of an item like this (it is not oversized or classified under a non-refundable item). I have researched chargebacks and it seems like I should be able to win a dispute, due to misrepresentation of terms due to the return policy not being honoured as presented? I would also have the evidence that I attempted a return from the email that was sent by the one rep. Would anyone be able to advise whether this would be a good way of proceeding or if I should pursue another option? I'm very miffed at this whole experience and, no matter the outcome, there is no way I ever ship at The Source again. Silver lining is that the in store reps are all super nice and understanding, unlike the online and phone support, who seem to hide behind the screen/phone.

Return it in store - tell the reps it's cheaper on Amazon. Either they'll revise the price for you on the spot or take back the item. Don't even think twice about it.
Jul 6th, 2020 11:53 am 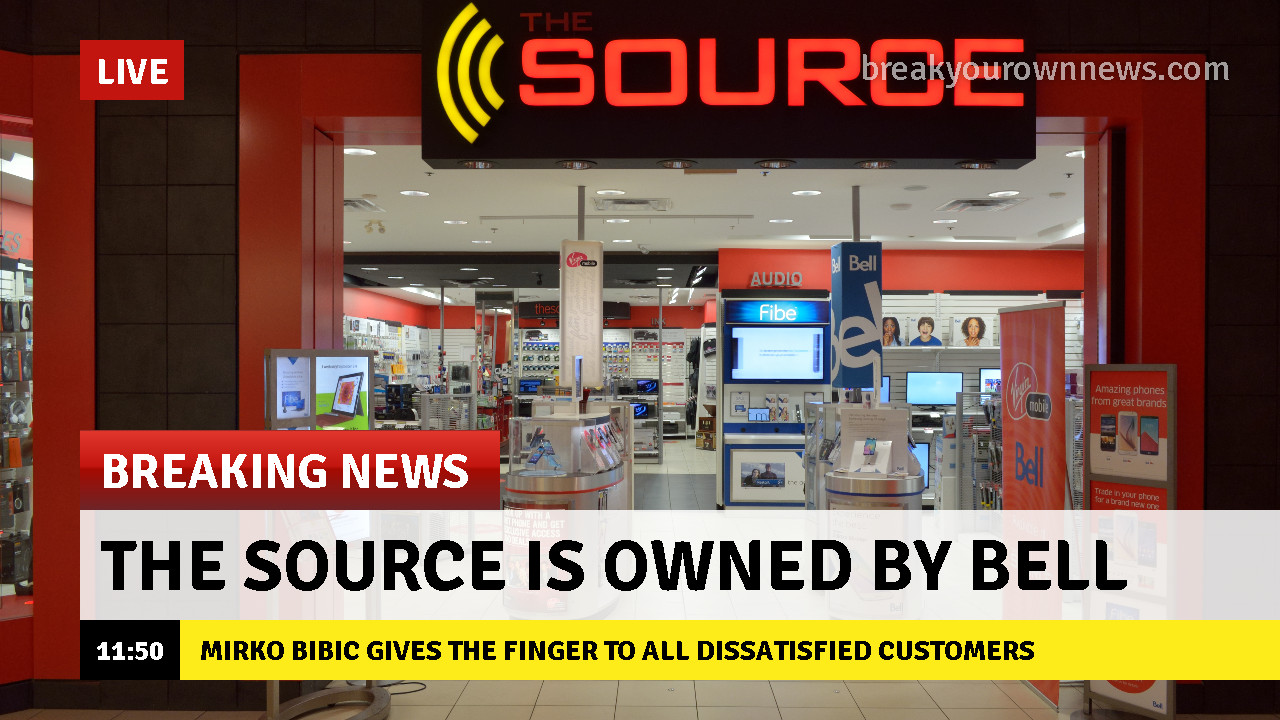 CorSter wrote: ↑ Return it in store - tell the reps it's cheaper on Amazon. Either they'll revise the price for you on the spot or take back the item. Don't even think twice about it.

Thanks for the reply. The problem is that I did try to return in store (at 2 different locations, including the pick up location). When the rep pulls up the order on the computer, there's no option on their screen to process a return so they can't do it. I assume the same would occur if I were to ask for a price match in the store.
Jul 6th, 2020 12:01 pm

And this is why I don't buy there... If all else fails, file a complaint on their social media page and they usually fix it ASAP... They have a special team to deal with it...

try emailing [email protected] they will have someone from the head office contact u if they cant fix it try calling your cc company and see if they can dispute the charge due to there failure to honour the return policy.