adamtheman wrote: ↑ That's not true. On the website you can do pickup, you just need to do it on the checkout page. When you are on the checkout page, click on the "EDIT" button top left beside "Delivery Details" and it will let you switch to pickup. It is a hidden feature on purpose because uber doesnt like you picking up.

Regular users of UberEats: What does it mean when it fails after the "Placing your order" cycle? Does it mean it couldn't reach the restaurant's terminal? How reliable is the UE system?

I placed an order (first UE order ever) to Restaurant A. It failed a few seconds after the "Placing your order" spinny progress thing, so I tried again, with same result. I assumed order wasn't placed, so I placed an order with Restaurant B, which went through successfully. I drove to Restaurant B, picked up my meal, went home, and chowed down. Later on, I checked some e-mails, and saw a couple new ones come in -- receipts from UberEats for my 2 orders. What? Turns out order for Restaurant A did go through, so I phoned them up to confirm, and sure enough my order was sitting there to be picked up (this is nearly 2 hours later, now). So, since I paid for it (albeit nicely discounted), I drove to Restaurant A to pick up what will be tomorrow's dinner (now all cold/soggy, but with no fault to the restaurant...).
Sep 29th, 2020 9:33 pm 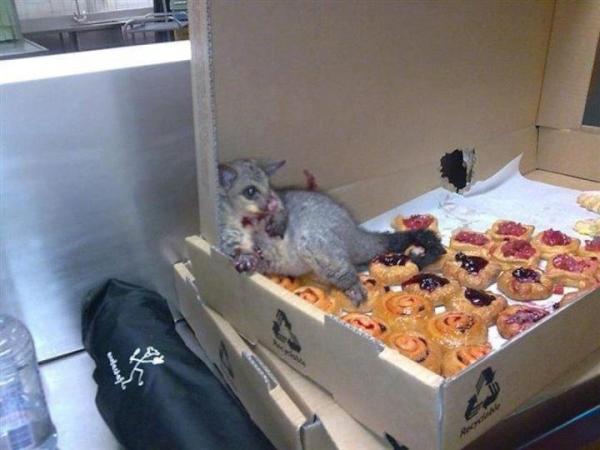 abhay15 wrote: ↑ Can you elaborate so we are better informed? You are in Montreal, so if you made 5 deliveries in one hour, you would be paid $25 plus tip? Is 5 deliveries an hour realistic?

No impossible to do 5 orders in a hour. 3 orders per hour is usually the rate. You need to realize that usually orders are not ready and we need to wait 5 to 20 minutes for the order at the restaurant. Each order takes a minimum of 20 minutes. So about $15 per hour before expenses. Even a $2 tip makes a huge difference for us drivers. It is greatly appreciated.
Sep 29th, 2020 9:44 pm


Close call. Was just about to order and then I got this error! After I closed the pop-up it still shows $2 with my order so I didn't proceed as I didn't want to be charged $12 instead...

Dunno why they want me to use a different credit card. Didn't bother trying again. Mine is a brand new account that I just made today (haven't used UberEats before) so dunno if that's the reason why. I had a referral code and that code disappeared from my account too

Edit: tried the tomahtoes code and that didn't work either. Wallet safe I suppose!

WOULD SOMEBODY THINK OF THE CHILDREN!!!

Chronopolis18 wrote: ↑ I tried to make an order but got the message "Please try another payment method - promotion codes are not available for this account...". Then when I put it another credit card, my coupons disappeared. Anybody else have this issue?

sherri-chan wrote: ↑ Did you use a referral code or did you just made a new account? I'm wondering if mine didn't work because I had a referral code...

Since only 1 promo code per order, default for your order was probably referral code

Best promo ever... I have enough food for two days... lol. 20 all meat bites, and three mini pizzas.

Thanks OP!
Have been having way too much sushi this month with promo codes from various order apps!

Lol, did sushi for first code. Then having dessert , Ben and Jerry’s from 7 Eleven, using other Tomatoes code!!!

Time is running out as you need to place your order by 11:59 pm PT tonight!

If you haven't already made an order, there's still time to 'Schedule an Order' TONIGHT, for another day, up to Oct. 5th.

See post #195 if you're a newbie on scheduling an order ... pick up is the way to go, to maximize savings.

Uber has been eating the hit especially they been showering a lot of users 50% off for weeks, this deal was only a cherry on top.
Reply to Thread
Back to top
Top