Sources tell Deadline, Nicholas Hoult is on board to star in Universal Pictures’ Renfield, a monster movie centered on Dracula’s familiar henchman. The Tomorrow War director Chris McKay is on board to helm the pic which is based on an original story outline from Robert Kirkman. McKay’s producing partner Samantha Nisenboim will be joining the project as executive producer.

Ryan Ridley wrote the script. The film will be produced by Skybound Entertainment’s film team including Kirkman, David Alpert, Bryan Furst and Sean Furst.In the original Dracula novel, R.M. Renfield was an inmate at a lunatic asylum who was thought to be suffering from delusions but actually is a servant of Dracula. Plot details of the movie weren’t announced, but it’s believed to take place during the present day and is not a period piece.

Unimaginatively I'm thinking an Igor type, Hoult's too handsome unless it's a Patrick Bateman deal OTOH

People magazine has a look at Cage as Drac, I guess he wears red to camouflage blood stains like Deadpool
IMO there's some Lugosi in Cage's aged face 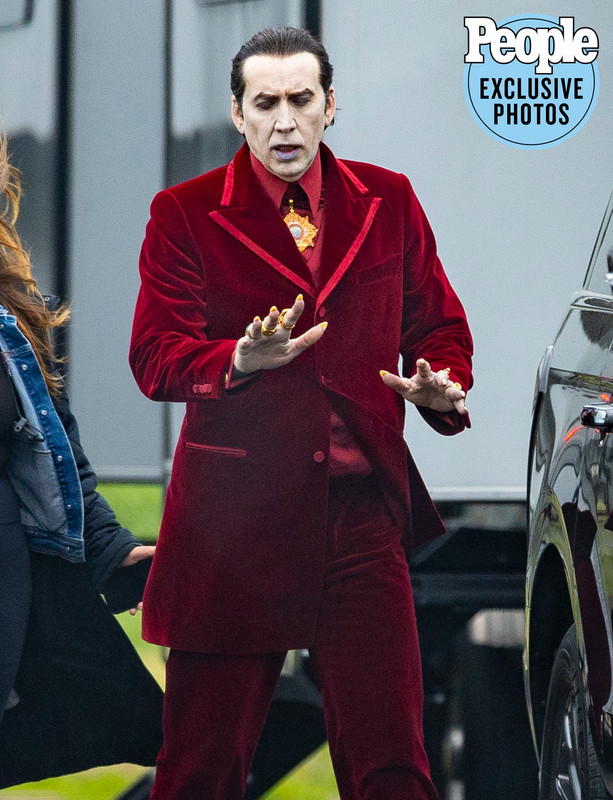 https://people.com/movies/see-nicolas-c ... exclusive/
Reply to Thread
Back to top
Top