[Walmart] Persil laundry detergent 4.43L HOT (at least for some us)

Does it hot? Yes it does! 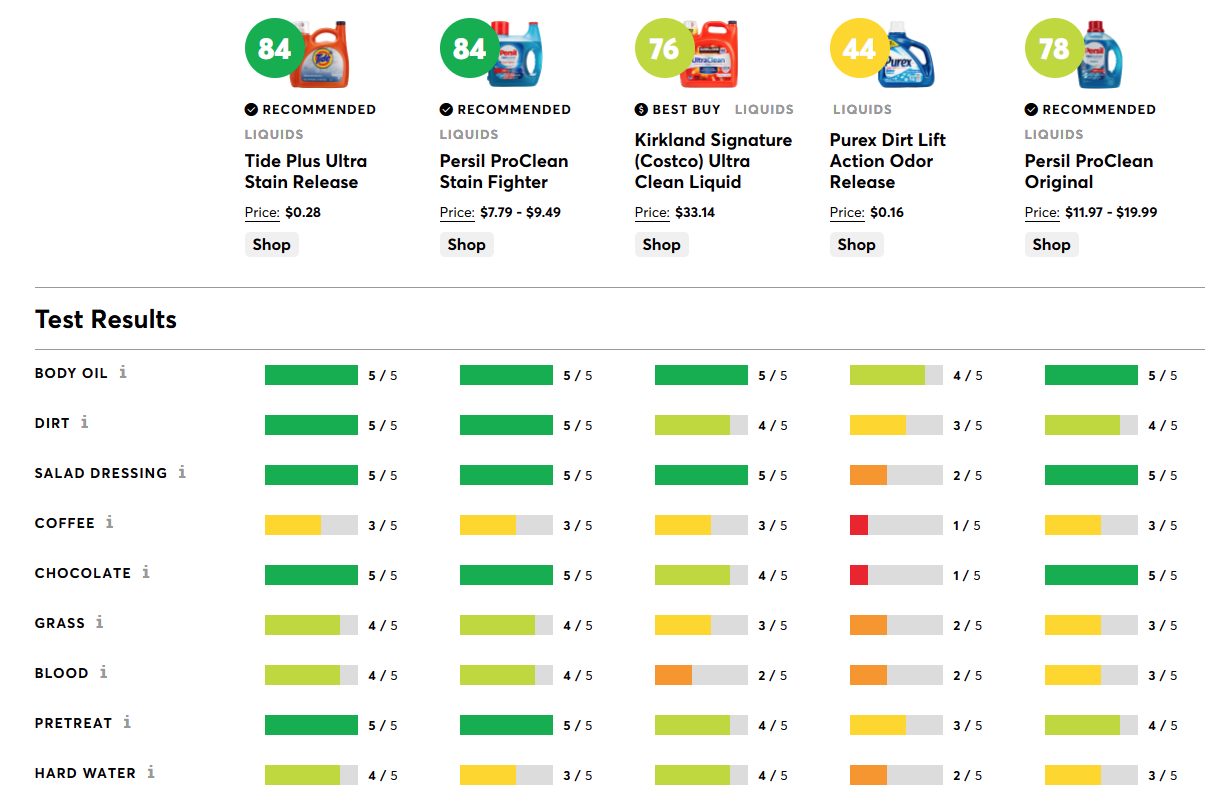 Not sure I'd qualify $4.17 savings as HOT, but I've been wrong before, probably will be again sometime soon...

Is this better then tide because that goes on sale at walmart for about 9$, 4 Litres

The cheap purex does just as well IMO

BatmanDeals wrote: ↑ Is this better then tide because that goes on sale at walmart for about 9$, 4 Litres

My whole family prefers Persil over Tide. Everyone has their own preferences, however please note Persil doesn't go on sale as often as other brands. That's what makes this deal hot.

Me too, personally this is my favorite brand.


kruel wrote: ↑
My whole family prefers Persil over Tide. Everyone has their own preferences, however please note Persil doesn't go on sale as often as other brands. That's what makes this deal hot.

Persil is the top rated cleaning detergent on consumerreports (as in best cleaning power). That said, I prefer non-scented laundry detergents (I don't like scents, but some prefer scented).
Last edited by intx on Mar 2nd, 2021 4:33 pm, edited 1 time in total.

Persil fragrance is Extremely strong and suffocating for me,
Not for people with strong fragrance smell intolerance

What makes this so good that it is worth 3x the price of a regular good deal ?
Virgin $30 for $15 GB
Good toilet paper/paper towel deals

Pingalino wrote: ↑ What makes this so good that it is worth 3x the price of a regular good deal ?

I can vouch for it, but my word probably doesn't mean anything because we don't know each other, so I suggest you purchase a small Persil package and try it yourself. You'll either curse me or thank me


Purex is cheap for a reason, it's crap.

This is a decent deal, but personally I'd go for kirkland as it's the best bang for buck unless you need to clean out blood or chocolate stains....

Obsessed with the smell and I would say its cleaning ability is as good as Tide. It has won over a long time Tide user.

kruzzz wrote: ↑ Persil fragrance is Extremely strong and suffocating for me,
Not for people with strong fragrance smell intolerance

When it first came to Canada I bought a jug of Persil and gave it to a friend after doing 1 load. The scent on my clothes was nauseating.

CanAm wrote: ↑ The cheap purex does just as well IMO

am i doing anythinh wrong buying great value ones?

BatmanDeals wrote: ↑ This is some lofty detergent costing 3x more then Purex. Is it worth it?

At worst Persil is actually 2x the cost of Purex. The cheapest Purex is $0.08 per load on a great sale and the Persil here is $0.14 per load.

We were Tide fans for years but found things that we haven't worn in a while start to smell stale and the Costco version are definitely inferior to regular store ones. Not sure why but definitely noticed a difference. Kirkland brand seems just a s good as the Costco Tide but we're giving them a break. We've also tried Gain (by far the worst and it doesn't clean anything and wet towels smelled bad 5 minutes after using them).

We use Purex from time to time and it generally works well enough but after using it for numerous loads we can tell it doesn't get rid of certain stains or odors.

Had some friends recommend Persil a few years ago so are now big fans. Found out they're the number 2 brand in Europe next to Tide. Seems to get out everything and half a year later things still smell fresh. Bath towels can also be used for a week without them starting to smell bad. Definitely has a perfume to it that you either love or hate. We don't use Bounce or anything in the dryer so we like it and find it works the best for us.

My recommendation is to change up your laundry detergents once in a while. Some detergents are better at removing certain stains and odors. If you've been using the same thing for years then likely there is a build up of something or other. Even if you do every 3rd load in something like Persil or the high quality Tide your clothes will thank you.

We stockpiled a bunch months ago when they were on a sale otherwise I'd buy another 2 or 3 today.